Turkey #2 – The Beauty of Olympos

We originally arrived in Olympos for the climbing but then realised there is so much more to this valley than we thought. We stayed in Kadir’s Tree House, a very unique hostel/hotel with a great vibe and interesting decor. It is also a hub for travellers and we met many interesting people on long journeys there. 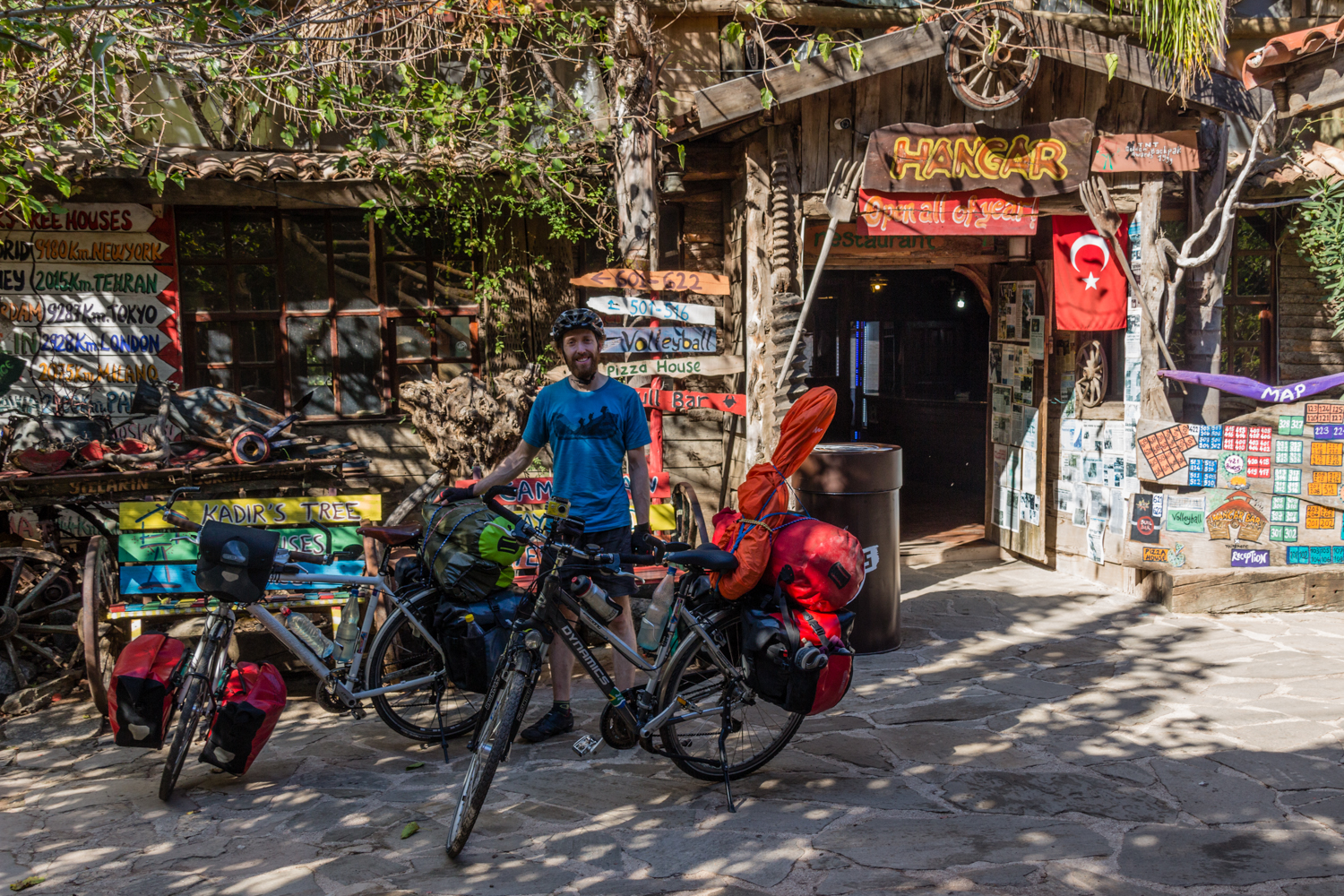 The climbing was also enjoyable and some of the crags offer views of the sea. The view from the sector La Plaj was especially stunning. It is high up and takes a while with some adventurous hiking to get there but the view over the sea and beach below is incredible. Along with Cennet, which also overlooks the sea, these two sectors were our favourite in Olympos. 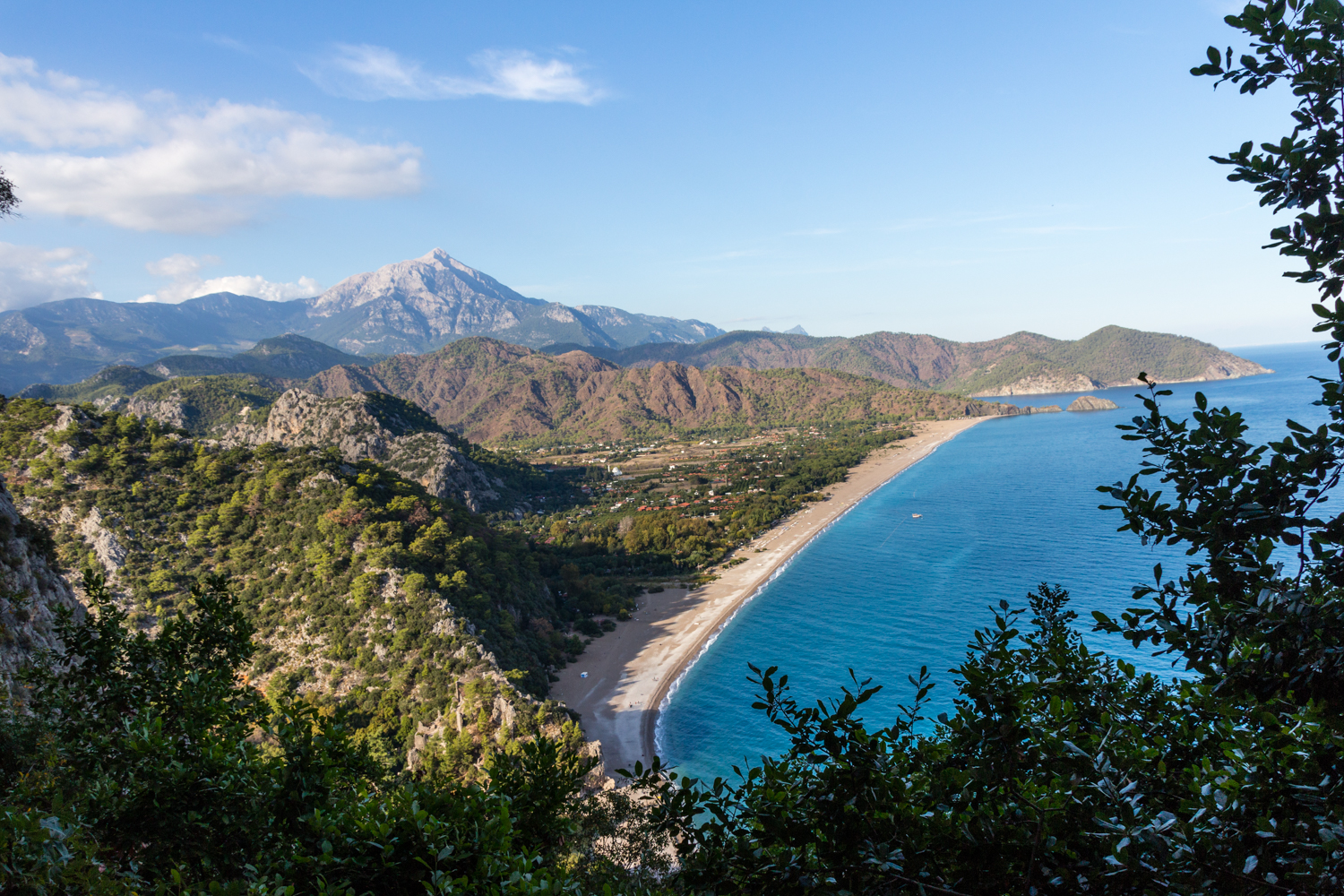 Climbing in Cennet with this view? Can’t complain!

The ancient city of Olympos also lies between the valley and the beach and we regularly passed through it on our way to some crags. The ancient city is massive and is at least 2300 years old. It was later occupied and expanded by the Romans. What we loved about the ruins is that there were hardly any ‘tourist paths’. Exploring it was more like an Indiana Jones movie, where we went though bushes and unused paths to see what we could find, including an amphitheater, Roman baths and tombs carved into the rock. 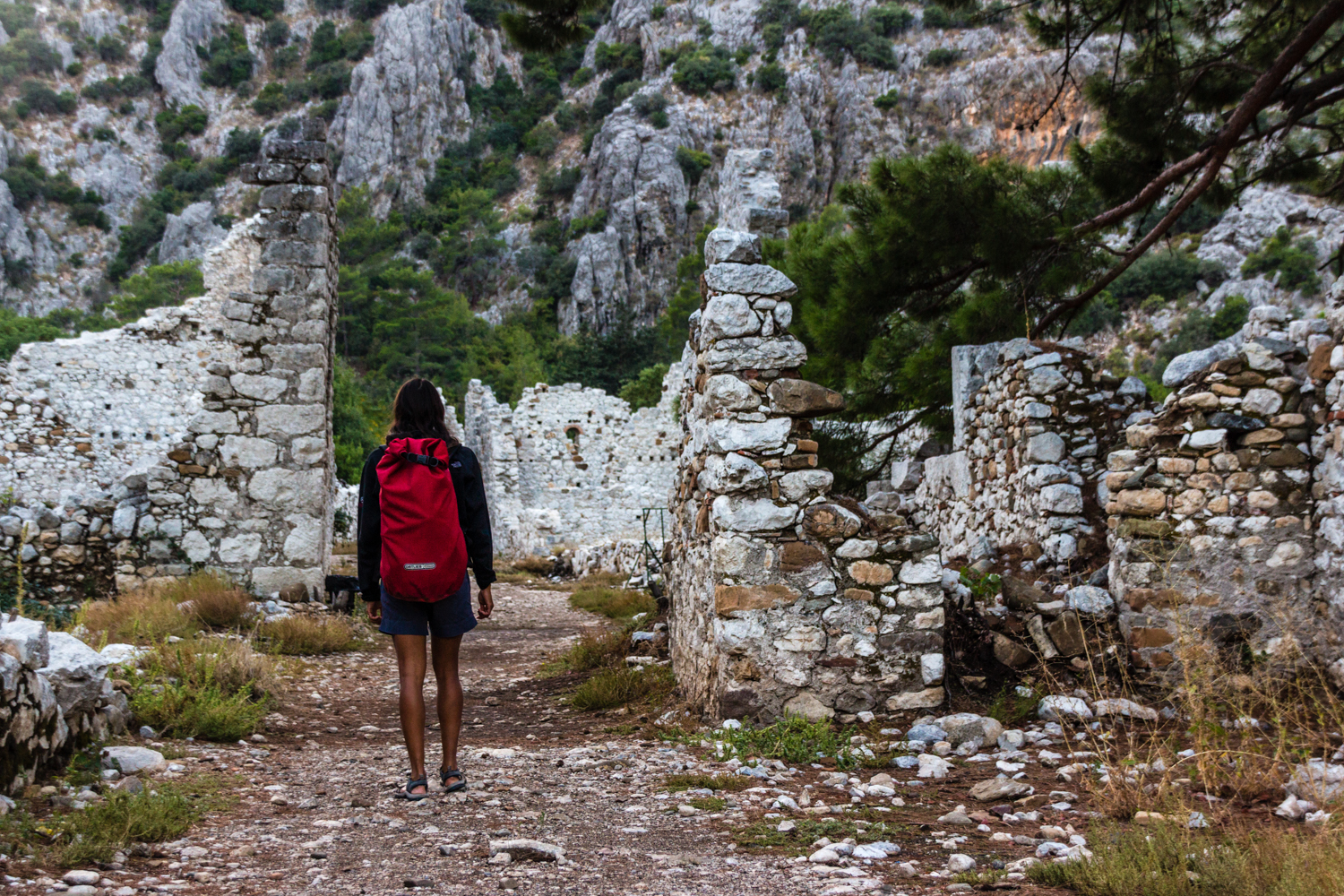 Nearby, history turns to legend at the Chimeara mountain. Flames spit out of this mountain. We have never seen something like this before and it has to be seen to be believed. Legend has it that a local hero named Bellerophon rode up the Chimera mountain to slay a beast which has the head of a lion, body of a goat and tail of a snake. He rides up on the horse, Pegasus, slays the beast and its dead body has stayed trapped in the mountain, burning for eternity. The scientific alternative is that mainly methane gas spills out of the mountain through vents in the rock. 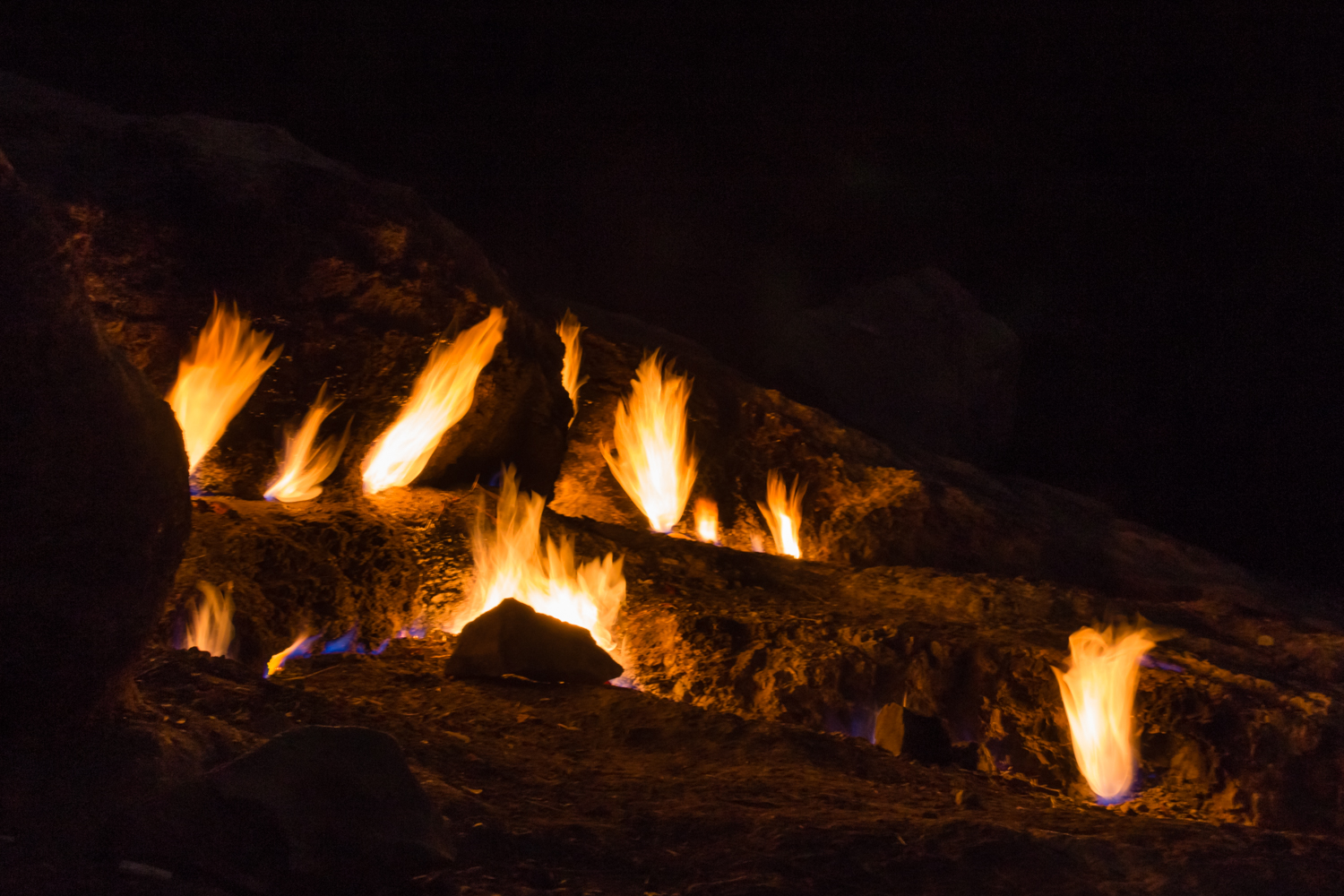 Fire breathing out of the Chimeara mountain

We decided to hike up the mountain and see these flames for ourselves. As we walked up, we found some company with a stray dog who decided to form a pack with us for the night. She was very friendly and sweet, but HUGE. She was a beast herself and we felt pretty safe having her by our side. She hiked for an hour with us all the way to the flames.

When we saw them, they looked surreal. Pockets of fire were breathing out of the rock. All that was missing was the marshmallows. We sat around the fires, soaking up the warmth, looking into the flames and enjoying the surreal sight in front of us. 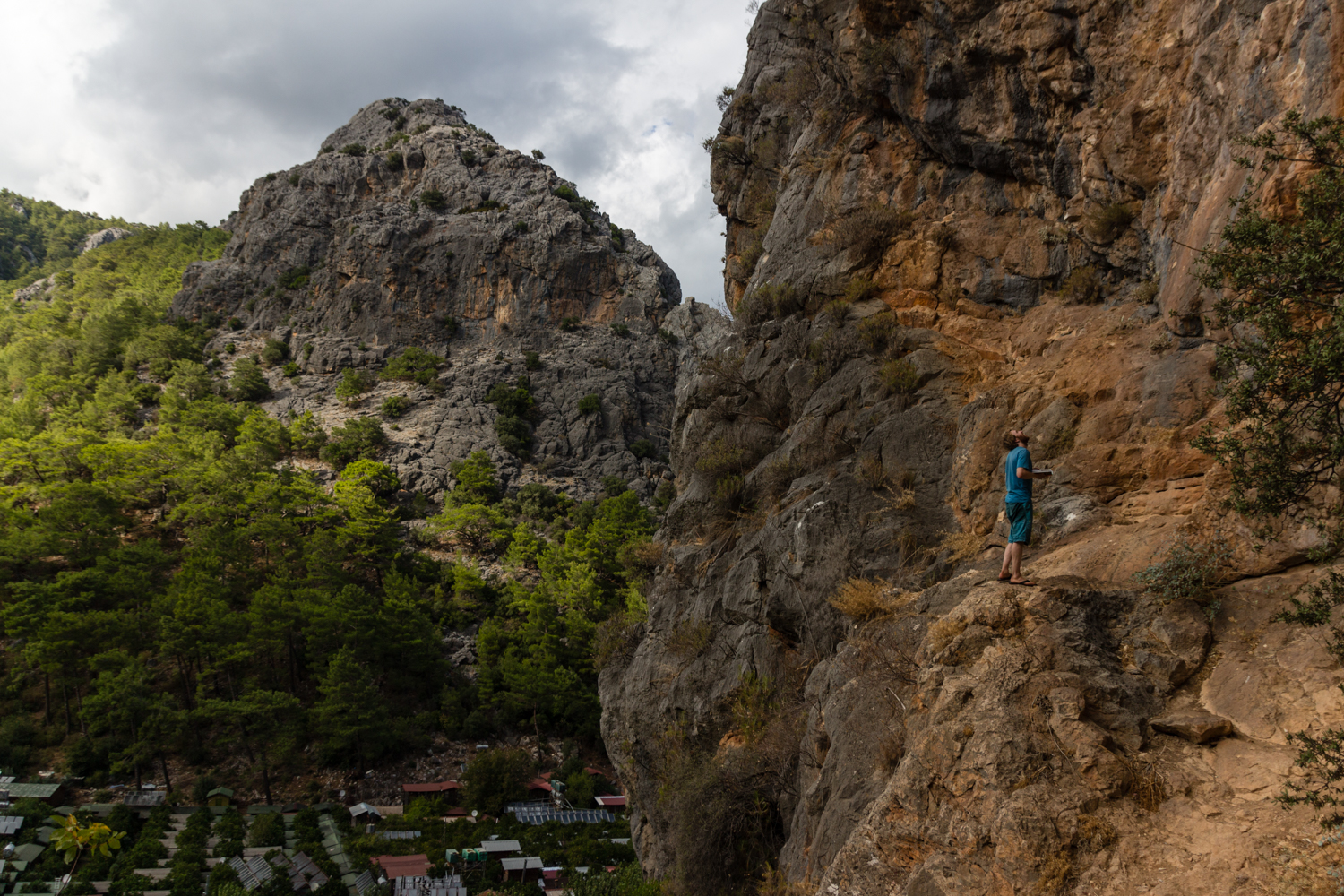 Climbing in the Olympos valley

Back at Kadir’s Tree house that evening, we woke to a massive storm. A lightning strike hit the valley and we could feel the vibrations shaking our room. Not the most pleasant way to wake up, not knowing why the Earth is shaking, but we soon realised that there was no earthquake or World War 3.

When the weather was not so frightening, we enjoyed the long, sandy beach and the bright blue water. The scenery of the mountains and forests next to the sea was stunning and we would love to come back here and hike part of the Lycian Way trail. But for now, after spending a week here, it is time to move on towards Geyikbayiri. 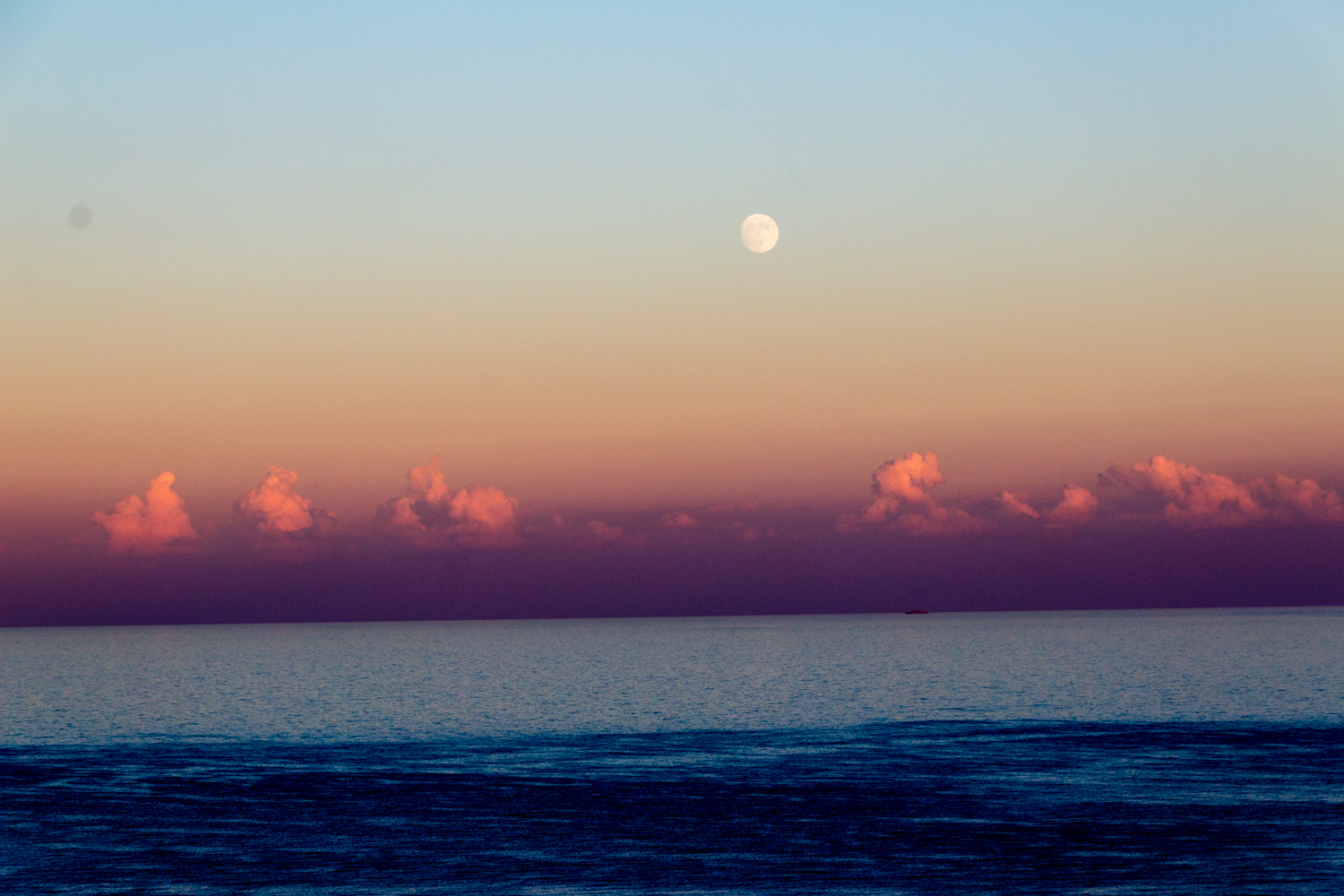 One last colourful sky before moving on

For more photos of our time in Turkey, see here.