The road lead us through the flat, sandy terrain until we looked to our left and there it was: the Pyramids of Meroe. They were standing on top of the soft-sanded dunes which defined its ancient setting. This is Sudan’s prime tourist attraction. Though, as we cycled through the sand towards the elaborate tombs, we realised there was no one here but us. 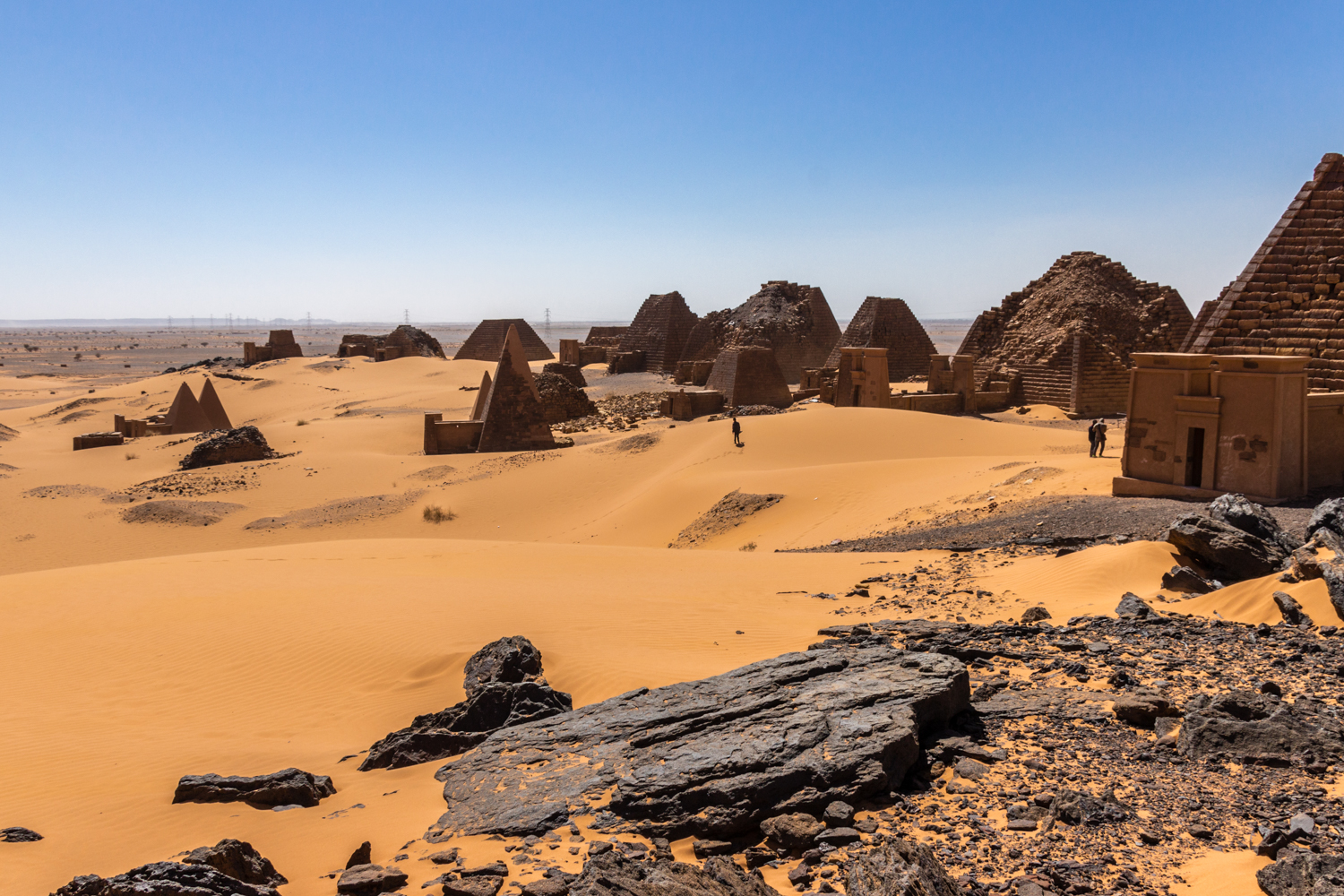 Pyramids of Meroe on sand dunes

The most amazing thing about the Pyramids of Meroe is that there is (hardly) anybody around. You are hiking in the desert – climbing up sand dunes, exploring reliefs on pyramids thousands of years old – all alone. I can’t think of anywhere else in the world that is possible. In fact, we had a similar feeling when hiking up the holy mountain Jebel Barkal and looking down on the Kushite temples and pyramids below. 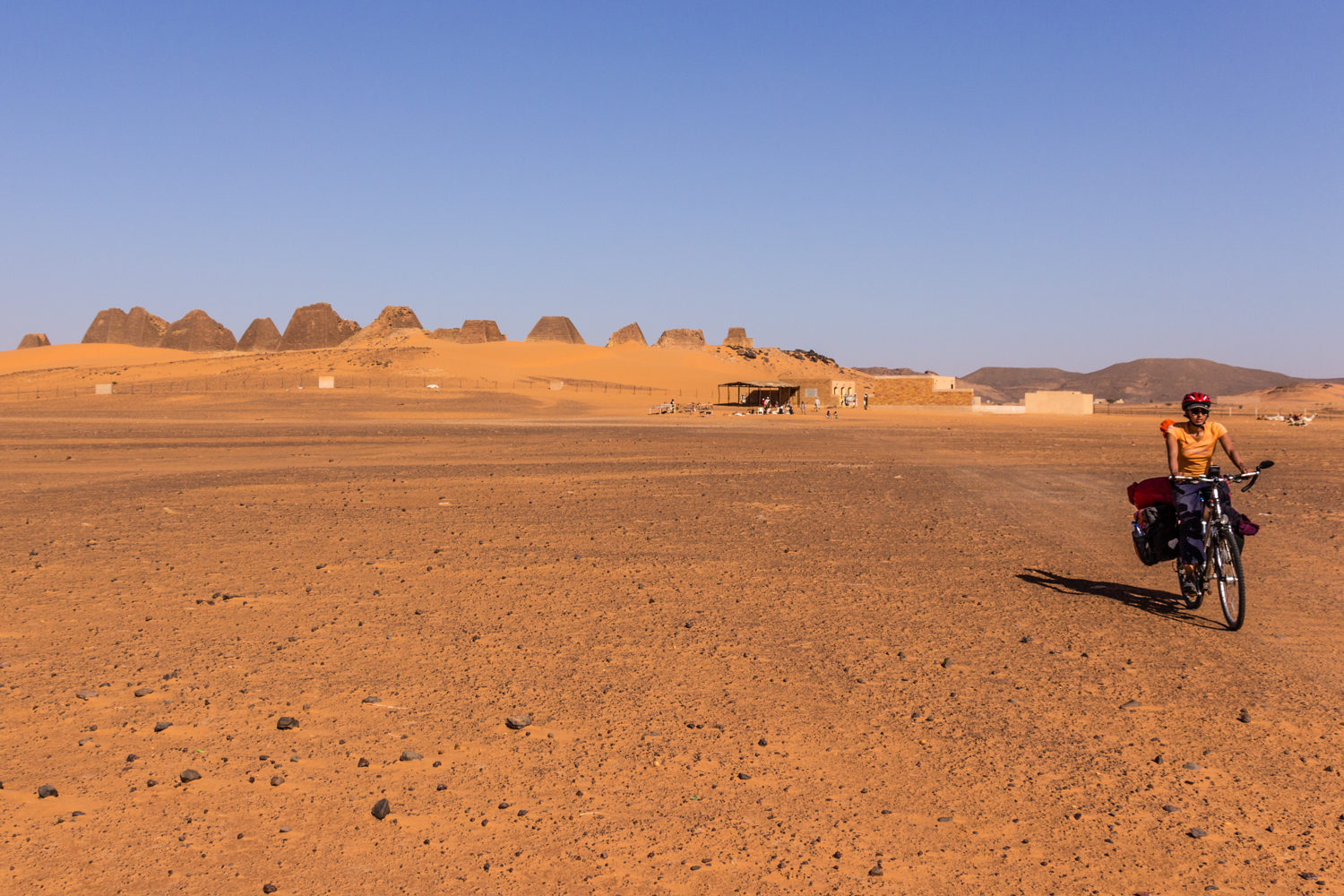 Pyramids of Meroe in the desert

The great Kingdom of Kush is almost as interesting as the Ancient Egyptian neighbours and both Kingdoms traded extensively with each other. The Kingdom of Kush was also the birth place of the most famous Queen in the Ancient world – Queen Nefertiti. The black African Queen most likely ruled as Pharoah after her husbands death.

The capital of Kush was centered at Meroe between 800 BC and 350 AC. There are many pyramids dotted all over Sudan, however they are much smaller than those in Egypt. They are built in the Nubian style, which means they are characteristically steep and made from black rock. They were built as tombs for Kings, providing a gateway for them into the afterlife. 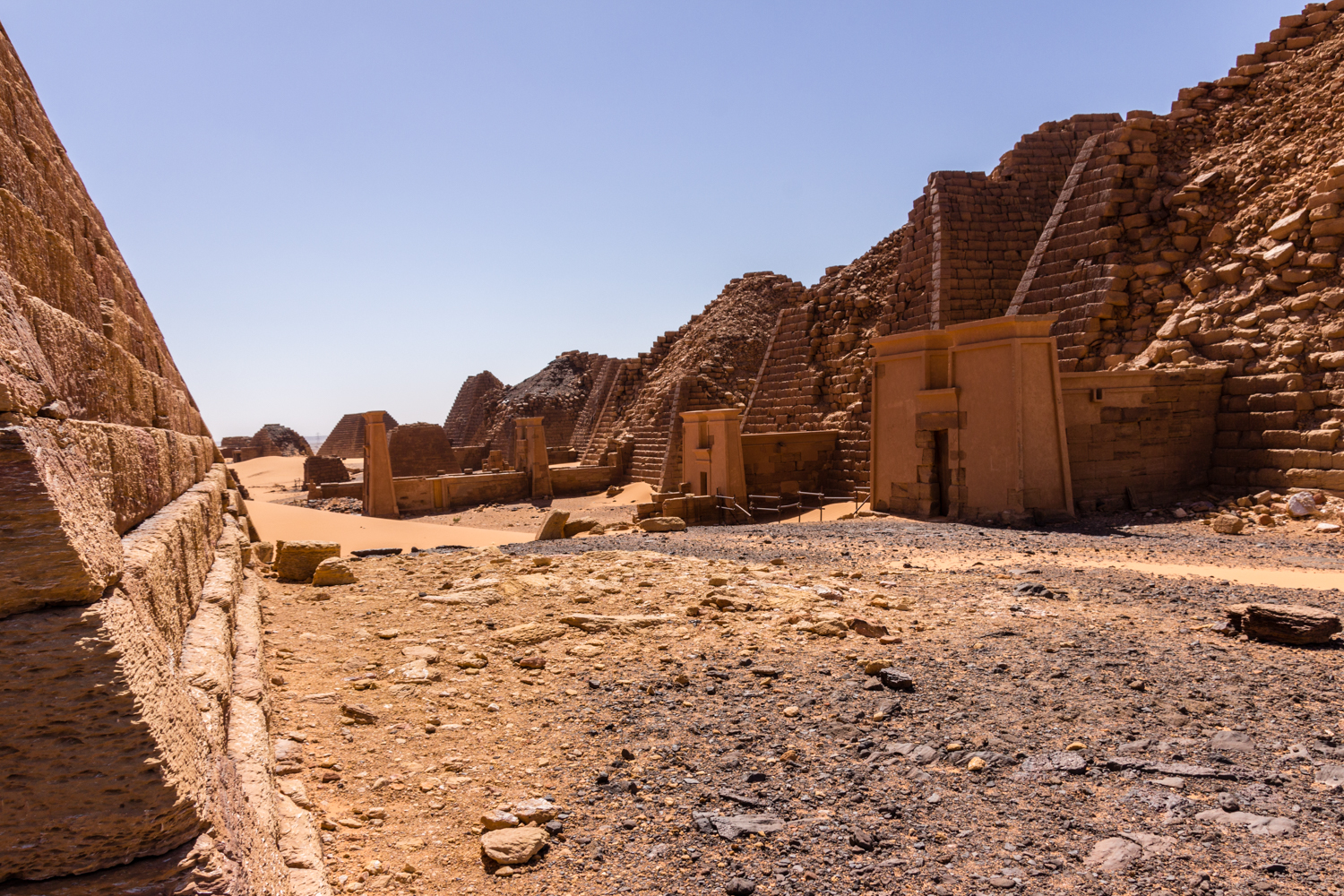 Hiking around the Pyramids of Meroe alone

The Pyramids of Meroe stood the test of time but unfortunately, couldn’t stand the test of greed. Much of the pyramids were destroyed in the 1800s. The Italian explorer, called Giuseppe Ferlini, decided to cut off the tops of the monuments in his search for gold. Hmmmmmm.

Well, he found what he was looking for but at the time nobody believed that ‘subsaharan’ Africa could produce such fine treasure. King Ludwig of Germany eventually bought some of it. The rest was bought later, also by Germany, and now resides in museums there. You can see them on display at the Egyptian Museum of Berlin and the State Museum of Egyptian Art of Munich. 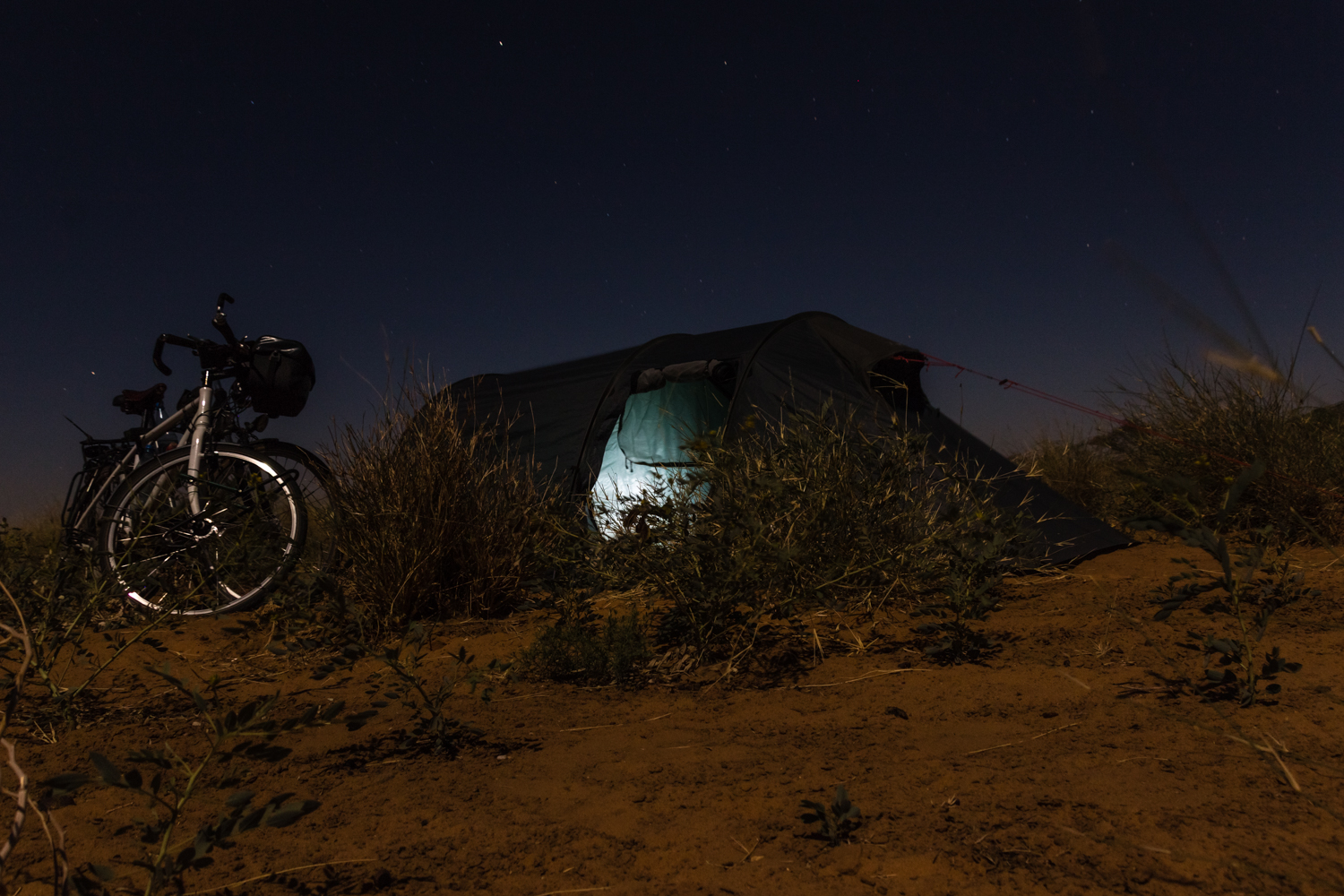 Nevertheless, the Kushite Pyramids are still impressive! The main beauty at the site, however, is the empty desert surroundings. It also possible to wild camp close by, with an awesome view of the Pyramids. We felt a bit like Indiana Jones.

One thought on “Pyramids of Meroe (Sudan #6)”