Police escorts today were a little bit more annoying. The first escort almost had a heart attack when we tried to make a stop for coffee. He told us we are not allowed to stop and we have to carry on cycling, which was ironic as they had just stopped 5 minutes before to buy food for themselves. During the commotion the main officer put his hand on his gun twice. We told him to ‘take a hike’ and pushed our bikes to the coffee shop anyway…. they ended up parking the police car right in front of our table and even followed Simon to the toilet!

Not long after this, we reached another checkpoint where Tanya got a bit mad at a police officer that was being rude… we were surrounded by about 15 male officers but they promptly kept quiet and took a step back from her. 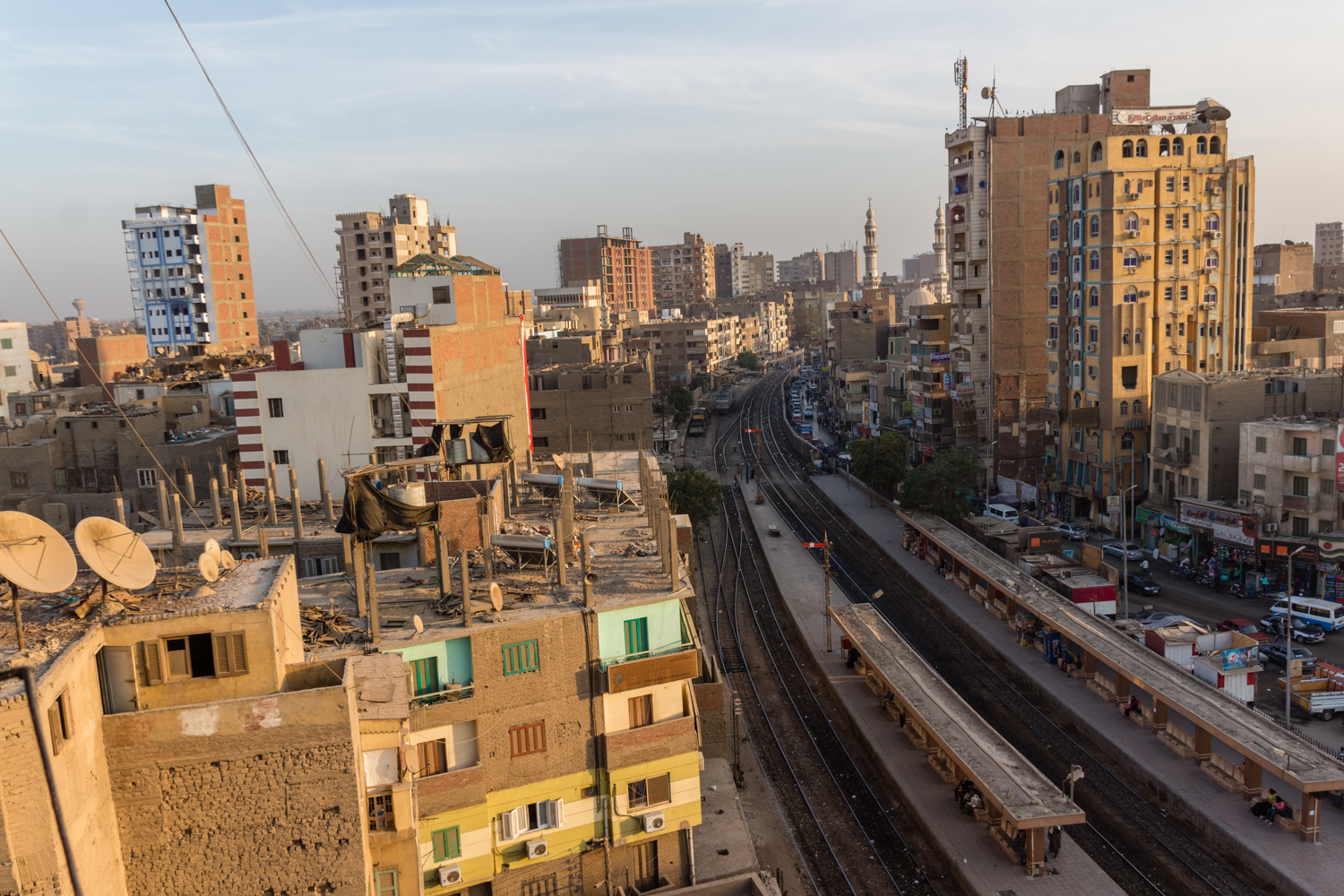 View form our balcony in Asuit… a typical interesting but chaotic city on the Nile.

We had another few escorts that day who were much better. When we got to Sohag though, as usual, the siren came on loudly and we got presidential priority through the traffic as the police basically told everyone “get out of the way, we have tourists coming through.” However, our arrival close to the hotel ended in our escort knocking into a taxi while trying to squeeze past it over the railway track. Another two cars were then stuck on the train track as an alarm came on warning of an oncoming train. Everyone managed to get off the tracks in time. Instead of waiting for the train to pass, though, our officers signalled us to follow them across the train tracks while the barriers were still down…. things work differently here.

Even though most of the police are nice, they are really sucking the life out of our adventure. With them behind us, it is no longer a journey but a race to the next hotel. We have to be in Hurghada soon, so we’ve decided to take a train to Quena and cycle the stretch from there to Hurghada instead… hopefully they don’t follow us into the desert.

Still in Sohag and getting used to being a tourist attraction. Only 12 photo requests today. We thought we would go back to the same Koshary place because the photo taking was already done the last time… instead they upgraded us to video. Earlier, one boy asked us if he could take a photo with us but he didn’t have a phone or camera with him… I guess he couldn’t help himself and had to ask. We can’t complain really, people are still very friendly, although there must be hundreds of photos of us floating around on the internet by now. If we started charging, we could probably finance our whole trip. 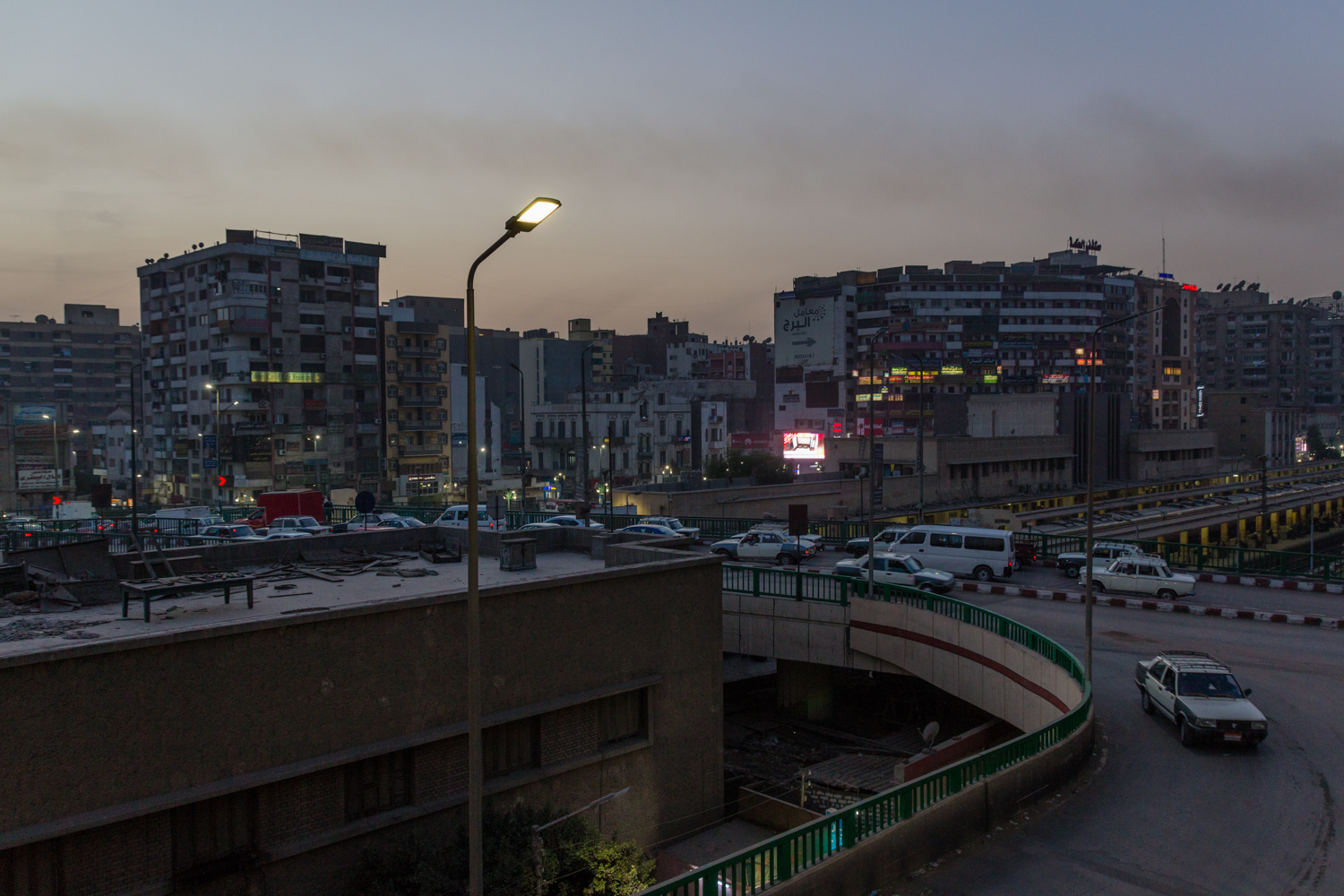 Although we both seem exotic here, Simon is definitely more of an attraction with his blonde hair and blue eyes… Tanya could probably wear a headscarf and blend in. A lot of people also expect her to speak Arabic. As soon as we changed continents, people are now much more excited to hear that Simon is from Alemania (Germany) than about South Africa. In Europe it was the opposite. Tanya is still trying to get Simon to put a German flag on his bike… although that may attract more attention than we already have!