We visited Edfu temple today… but only after refusing the usual barrage of horse carriage drivers. We tried to visit the visitor center but the man came out saying, “you know, this is not free.. Noooo, it costs extra. One dollar!” He had a very different attitude when Tanya showed up with 7 police officers after double checking his extra ‘fee’ at the entrance gate. 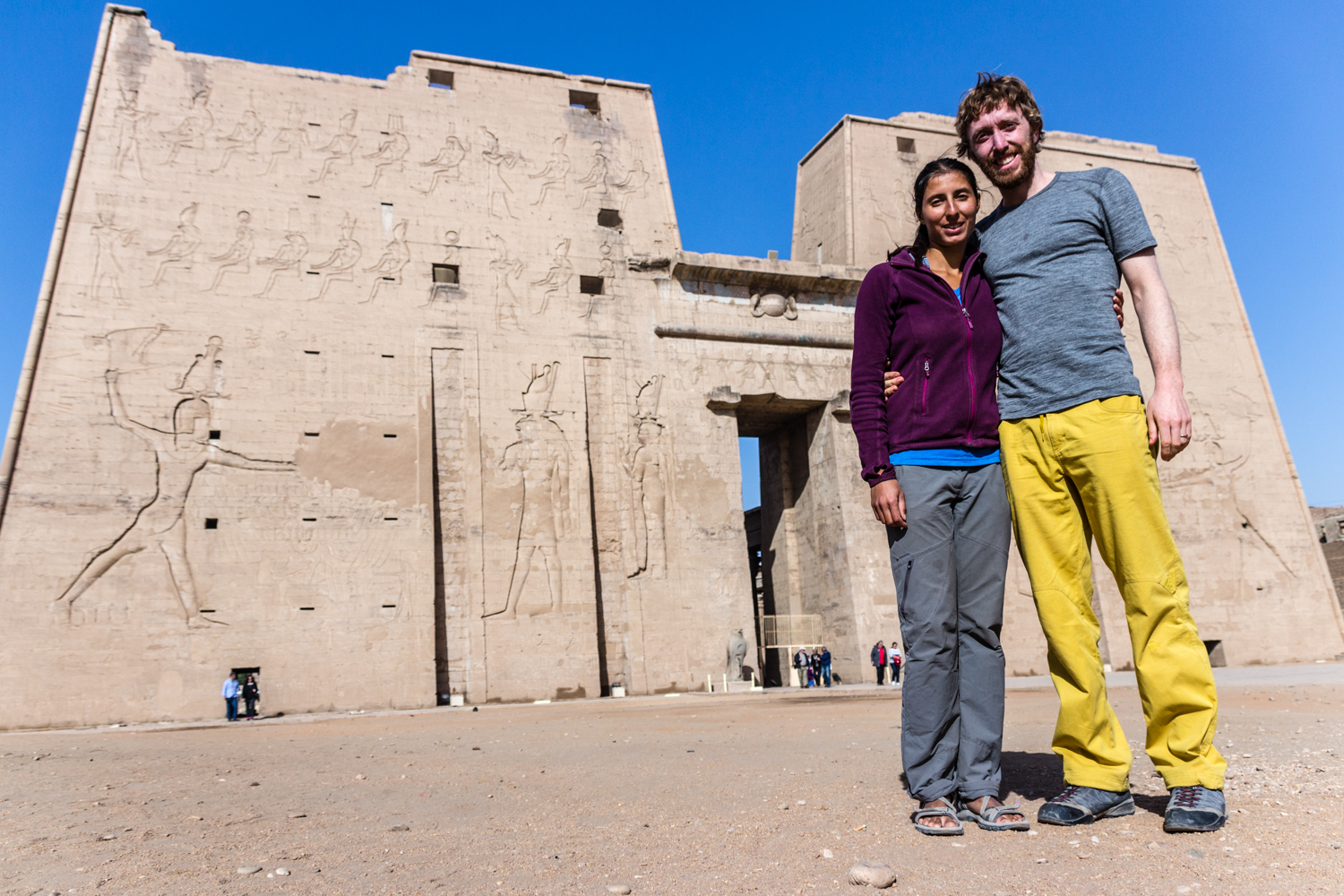 The entrance of Edfu Temple

The temple was devoted to the God of order and chaos, Horus. He is the husband of Hathor, whose temple we visited in Dendera. The rooms are filled with recipes for perfumes and potions and beautifully preserved carvings. Afterwards we walked down to the Nile and saw the barrage of cruise ships docked, and all the horse carriages waiting to take the tourists to the temple. We found one cafe with a view of the Nile instead of a boat, and enjoyed a much needed relaxing coffee after the mentally exhausting day before. We also enjoyed a delicious, cool sugar cane drink. 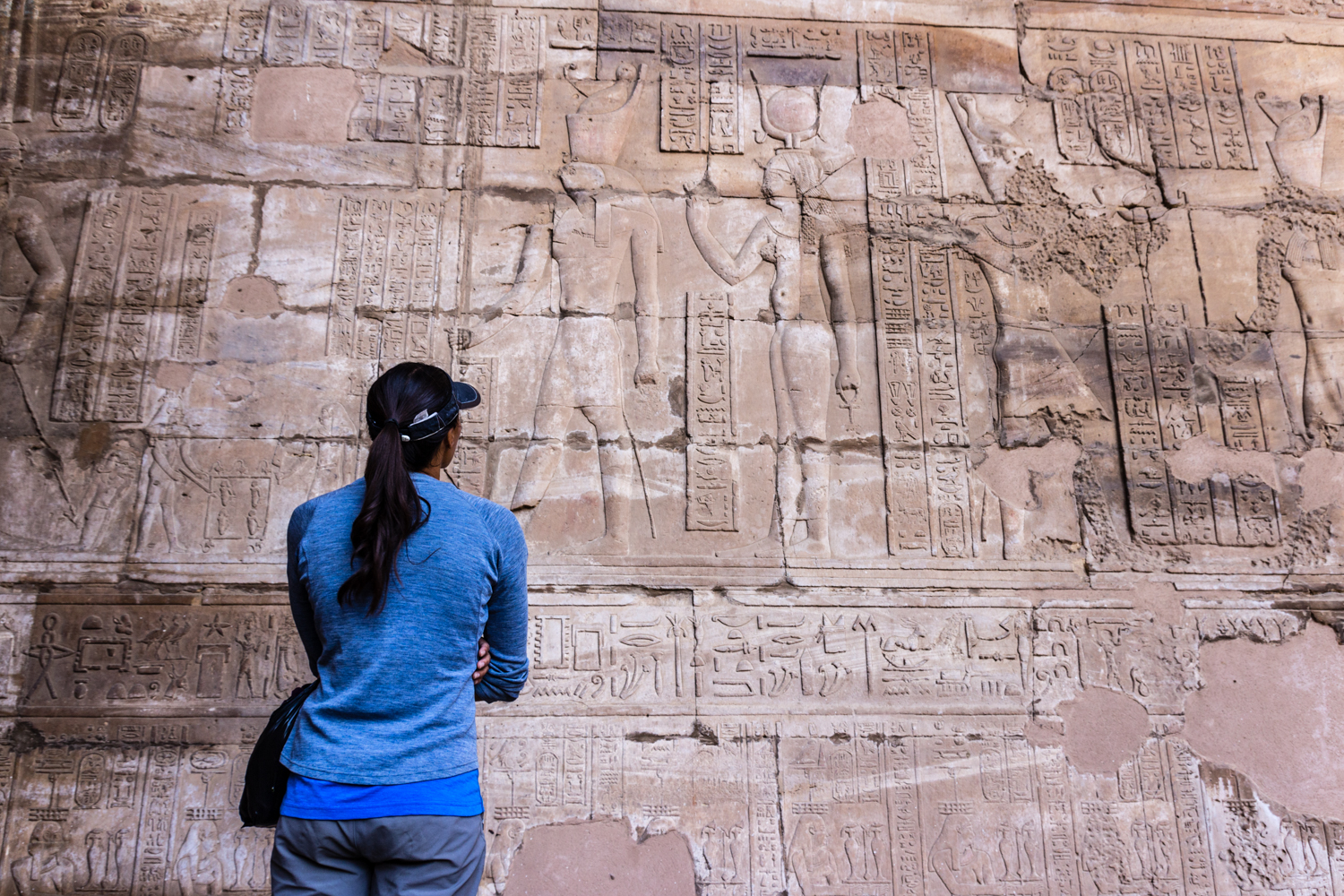 Many murals on the wall

We stayed at the Amun hotel, which is by far the dirtiest hotel we stayed in.. we heard much better things about the Diamond (Massa) hotel. We tried to get the WiFi working and Tanya went to check what was going on with the reception staff. The young man refreshed his google page and a few seconds later, on his phone in front of her, were photos of naked women. O.M.G… At least the WiFi was fixed. 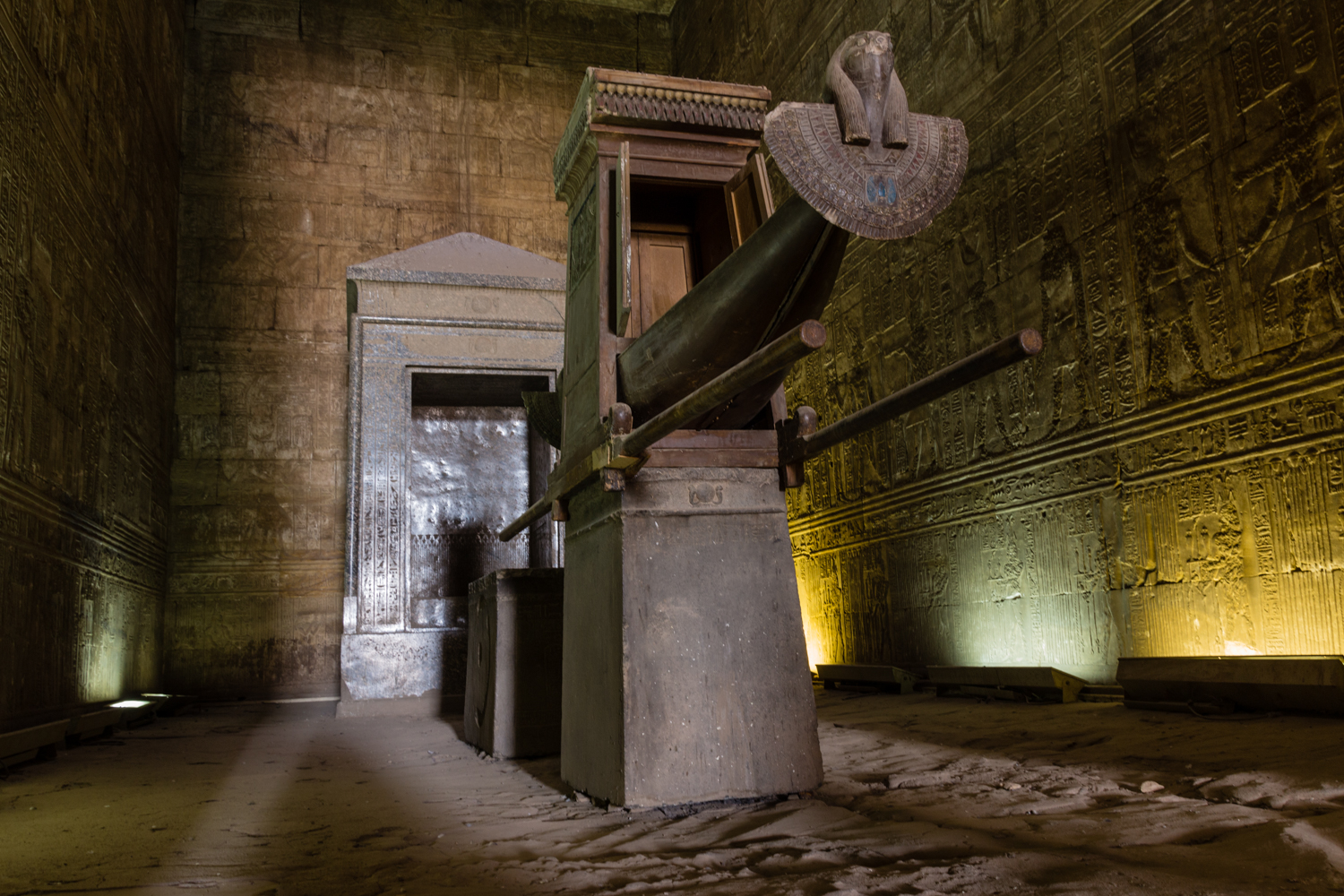 The sacred offering room reserved for the pharaohs

The next day we left Edfu with our fingers crossed that this stretch would be better than the last. Other cyclists did not have such a problem with the kids so we don’t know if it was because it was school holidays, a Friday or what. Hopefully Sundays are better! 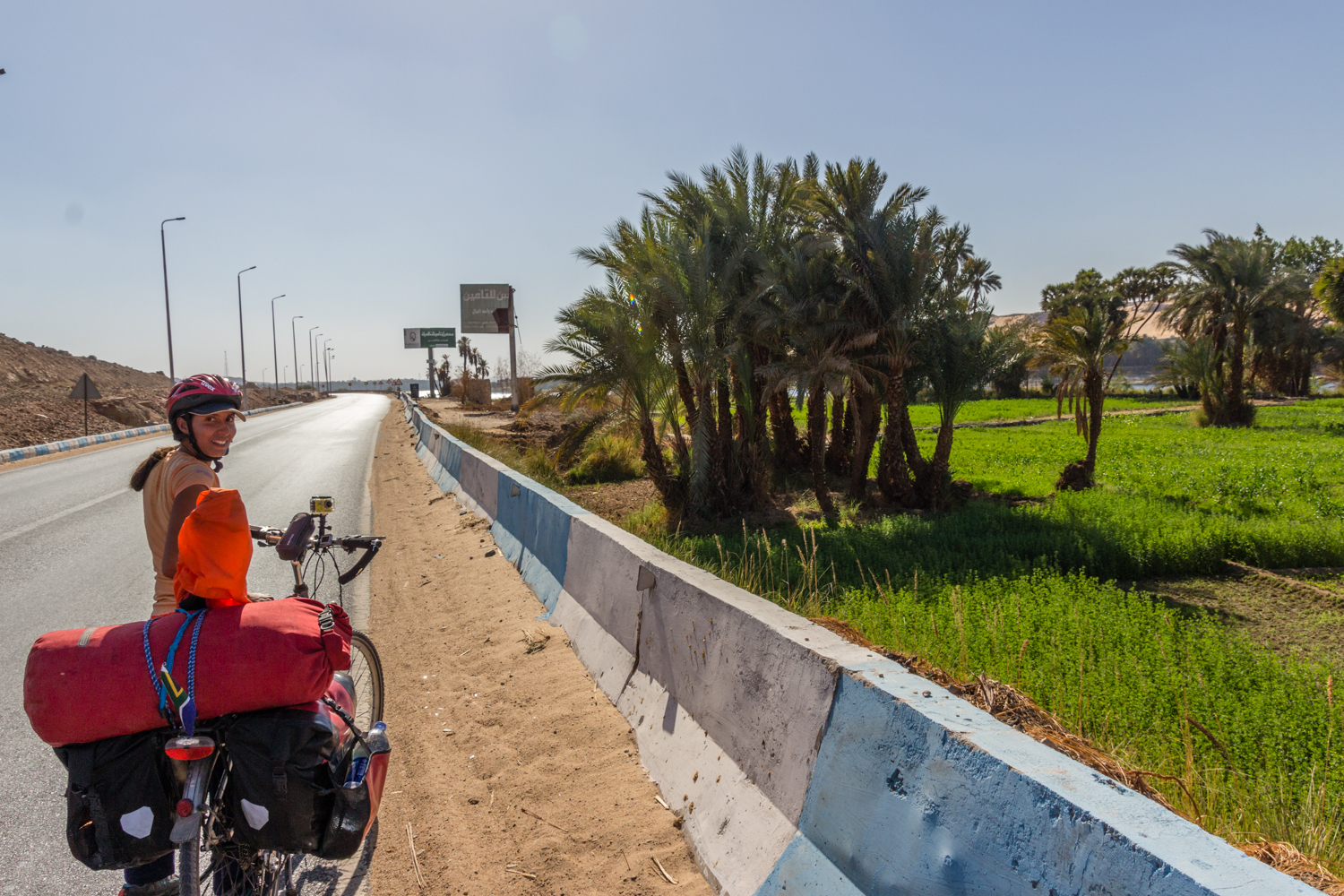 Luckily, it was. This time we crossed over to the East Bank and stopped at a cafe in Kom Ombo. Tanya really needed to pee but unfortunately most cafes only have a ‘peeing station’ in the open, next to the bar counter. Wonder what they would do if she tried to use it? Even though we still had some problems up until Kom Ombo, including a massive rock thrown behind us, it was still much better than before Edfu. After this village the way got very quiet. We had now crossed into Nubian territory and it was the most beautiful stretch of the Nile that we have ridden. Brown desert hills, green farmland and blue water right next to each other. Peaceful. Quiet. Not much traffic. Something we haven’t experienced on the Nile so far.