Today we visited the Temple of Dendera! Got a taxi there from downtown Qena but our poor taxi driver got interrogated by the police at the temple. This was again frustrating for us but after we finally got into the site we could sit down and enjoy some peace and quiet for a change. There were hardly any tourists here and we could visit the site (almost) on our own. 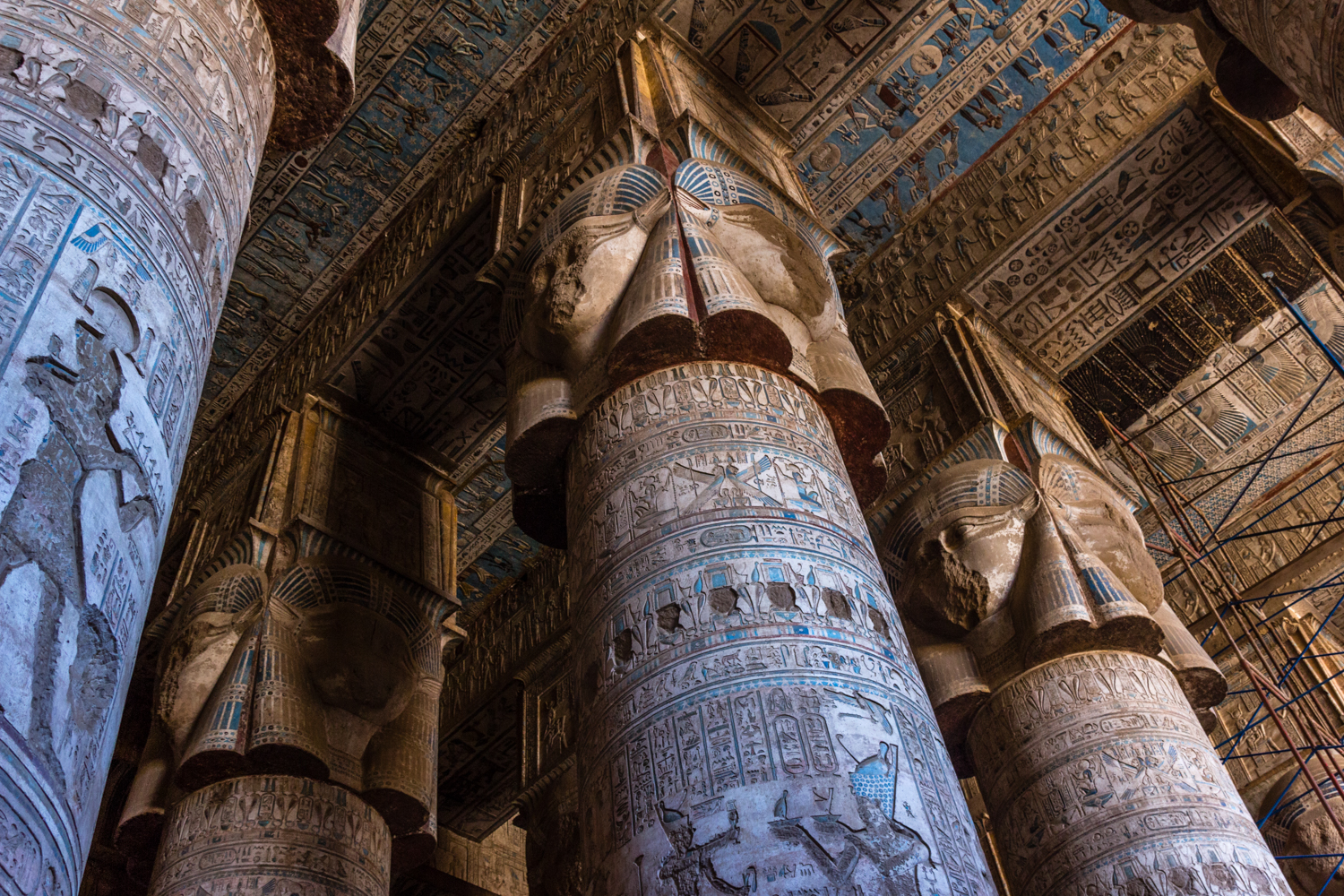 Dendera Temple Complex has several buildings but the main temple, House of Hathor, is the main attraction here. It was built by the Ancient Egyptians and Romans for offerings and worship of the goddess of love, joy and beauty: Hathor. The temple was also used as a healing place, where people rested and came to visit the gods in their sleep. 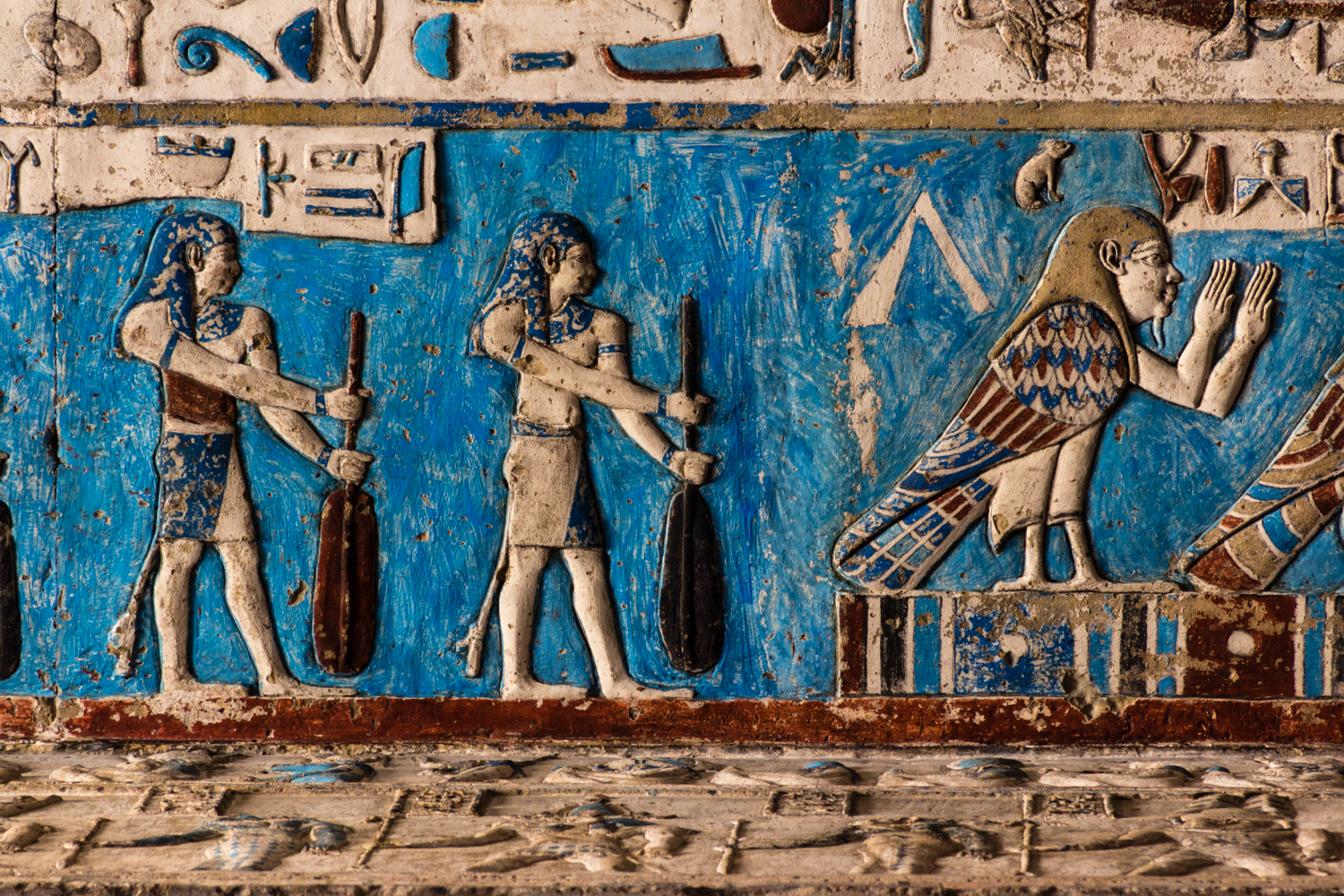 Artwork on the roof

Entering through the gate and seeing the temple for the first time was actually disappointing as it is not that large of a construction. After entering the temple, however, we were blown away by the colourful carvings and paintings on the pillars and roof of the entrance court.  This temple is truly stunning! Unfortunately, many of the murals were scratched out by Christians after the fall of the Egyptian Kingdom. 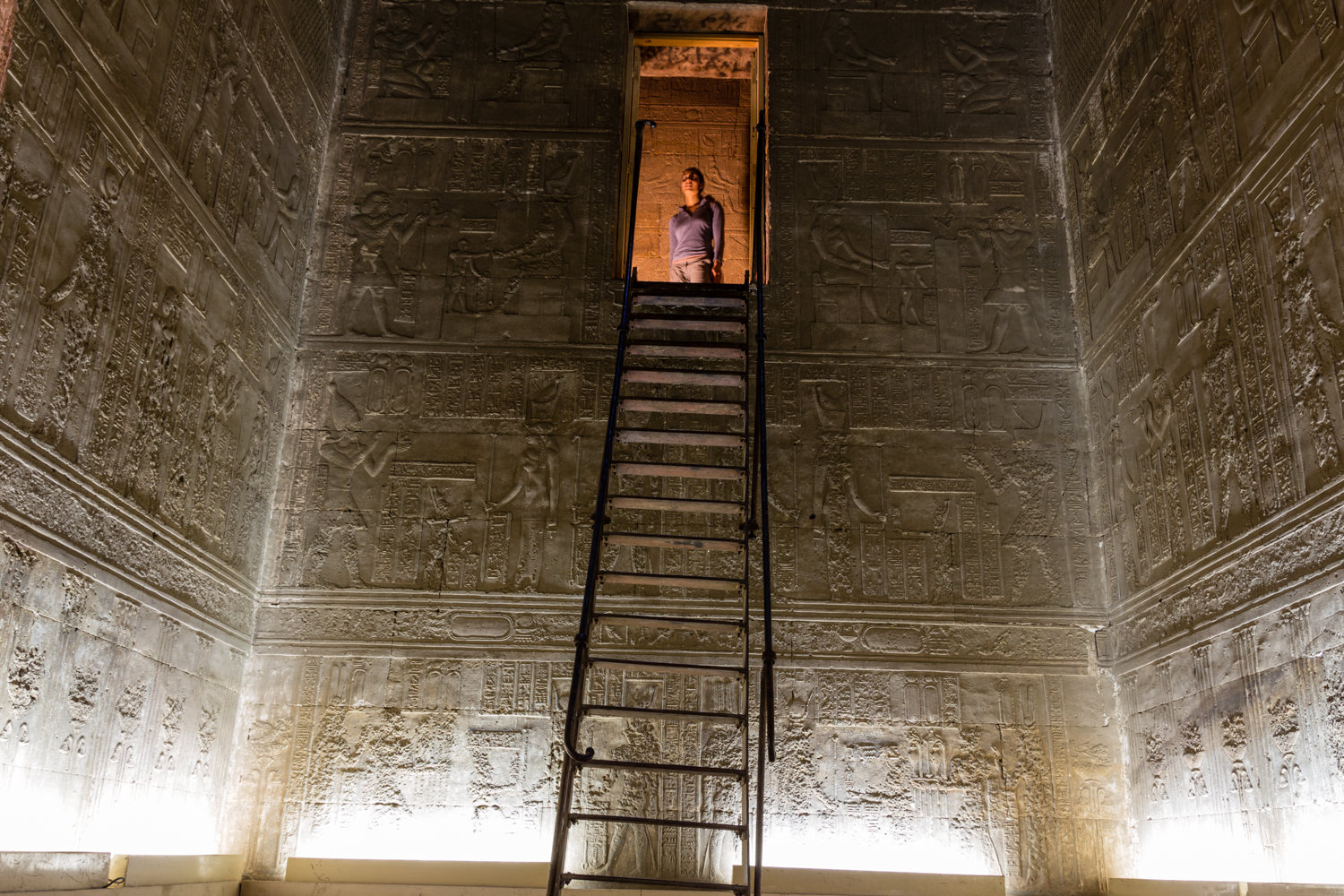 Many rooms and a crypt to discover

We spent hours looking into the maze of offering rooms and exploring the beautiful artwork on the stairways, roofs and crypts. We enjoyed our Koshary takeaway outside the temple, which we shared with a cute cat, before taking a walk around the outer walls and admiring the large murals, including one of Cleopatra and her son. 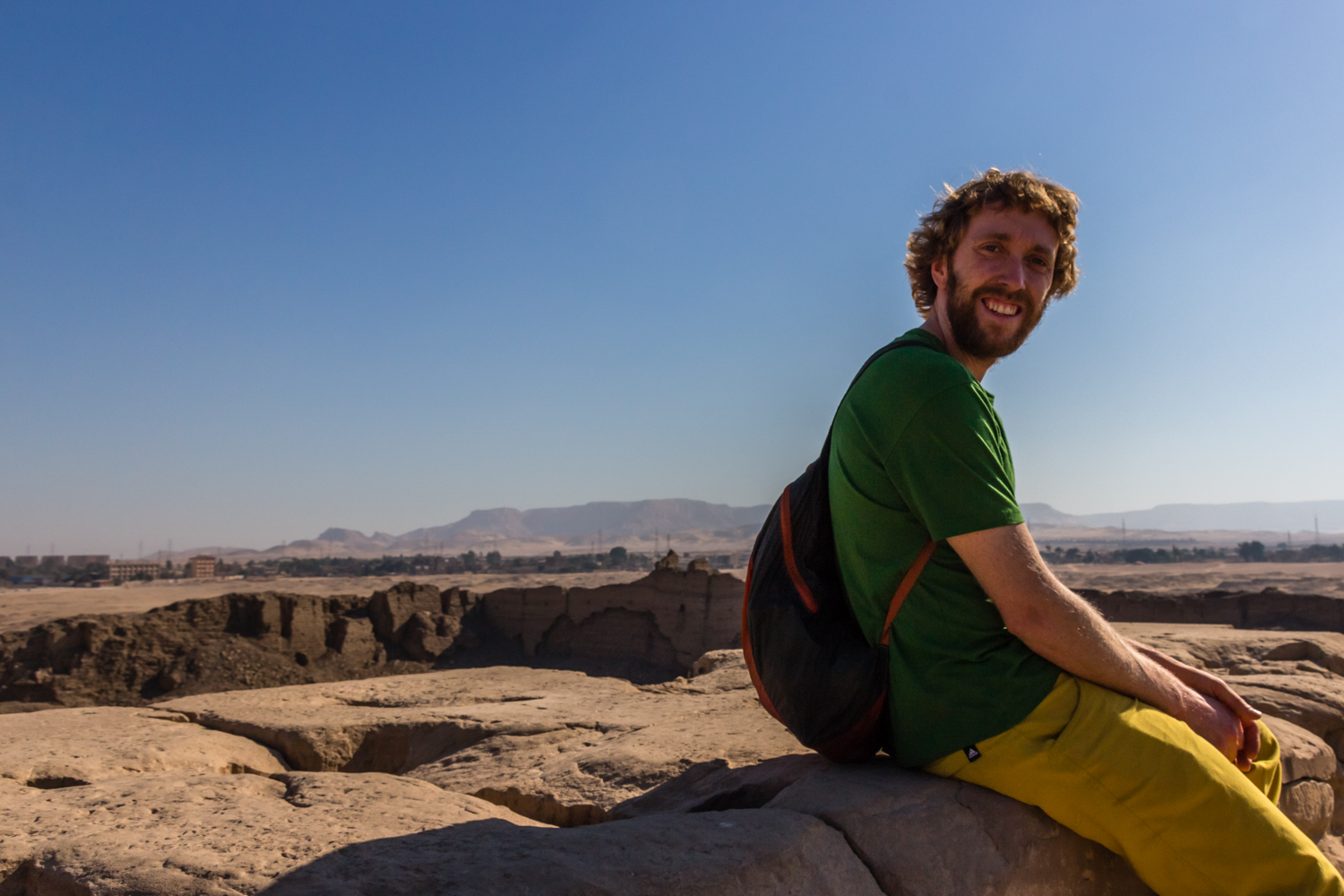 Back in the town, we browsed around some markets and bought some yummy fig biscuits for the road tomorrow (if they last that long, munching on them right now). Planning on an early start, which is most times more difficult than actually cycling.

One thought on “Dendera Temple of Love, Joy and Beauty (Egypt #9)”