We arrived in Aswan and looked for a ferry over the river to Elephantine Island, where it was so peaceful. No cars are allowed to drive on the island, and when we got off, we were greeted by a community of happy Nubian people. We were just so glad to find a peaceful spot to rest in Egypt that we didn’t put anything on our ‘tourist agenda’. We just soaked up the cool air and relaxing atmosphere in the gardens of Mango Guest House. 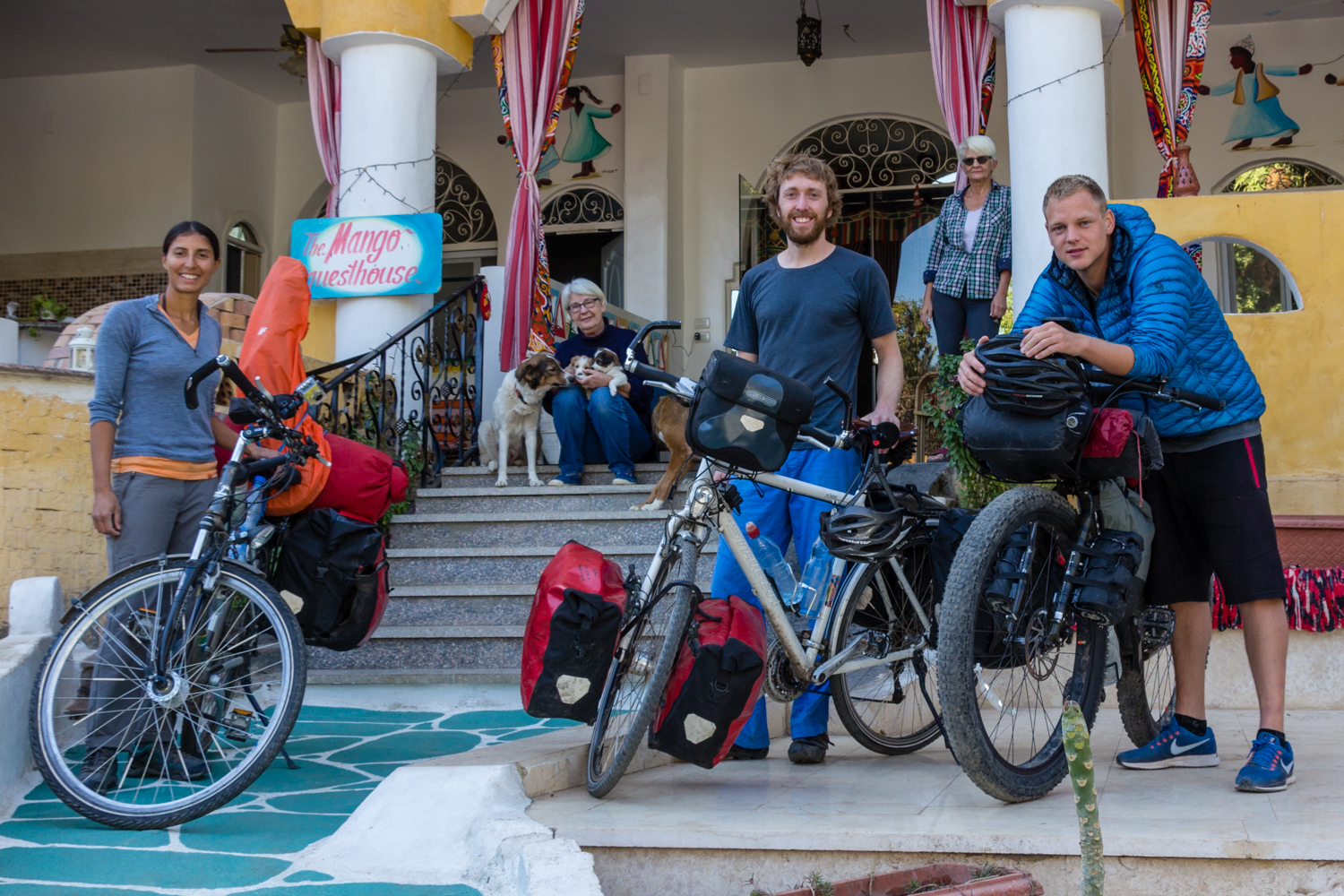 Mango guest house is a B&B with a beautiful courtyard garden and outside kitchen to cook and relax in. It is run by Puk (from Denmark) and Islam (from the island) who live there with their two adorable dogs (and some puppies!). We also met Diana, a very funny and strong German lady who lives in Turkey and has been travelling the world the last 10 years. Tanya and her immediately bonded over their love of cricket and we enjoyed listening to Diana’s enthusiastic screams when her team was winning. 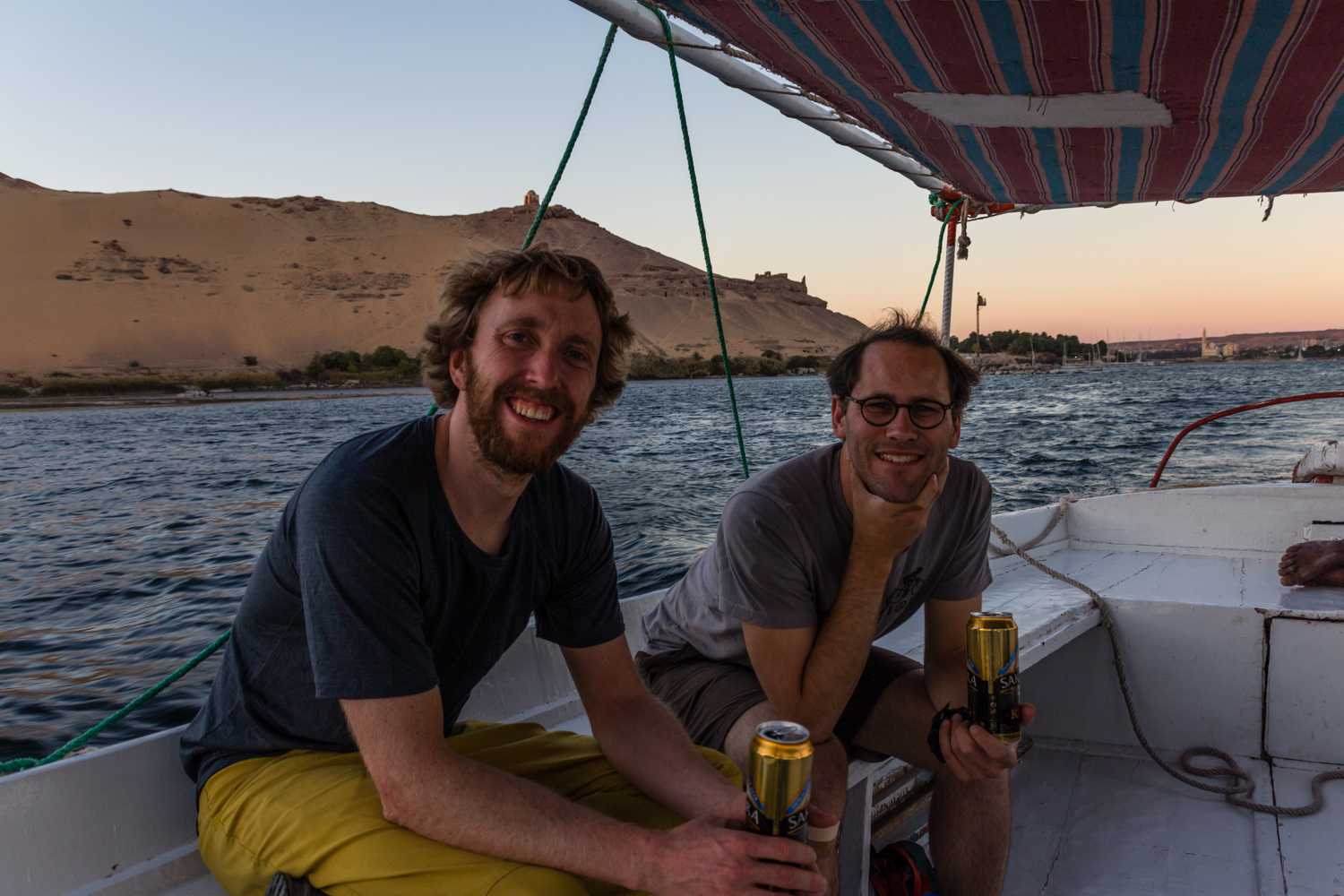 Arthur (right) and Simon (left) enjoying a cold one

We needed some time in Aswan to sort out our visa and wait for the ferry to Sudan, which only leaves on Sundays. We didn’t mind this at all – because we could see Arthur again! He had injured his back shortly after Hurghada by picking up his bob trailer and now needed to arrange to get a flight back to Belgium for a few weeks. We also met Daniel, from Denmark cycling with a fatbike and we all took a felucca out on the river where we enjoyed a sunset tour. Our captain tried to explain some of the history while we enjoyed a few beers and we must have listened to him say the name ‘Aga Khan’ a million times. 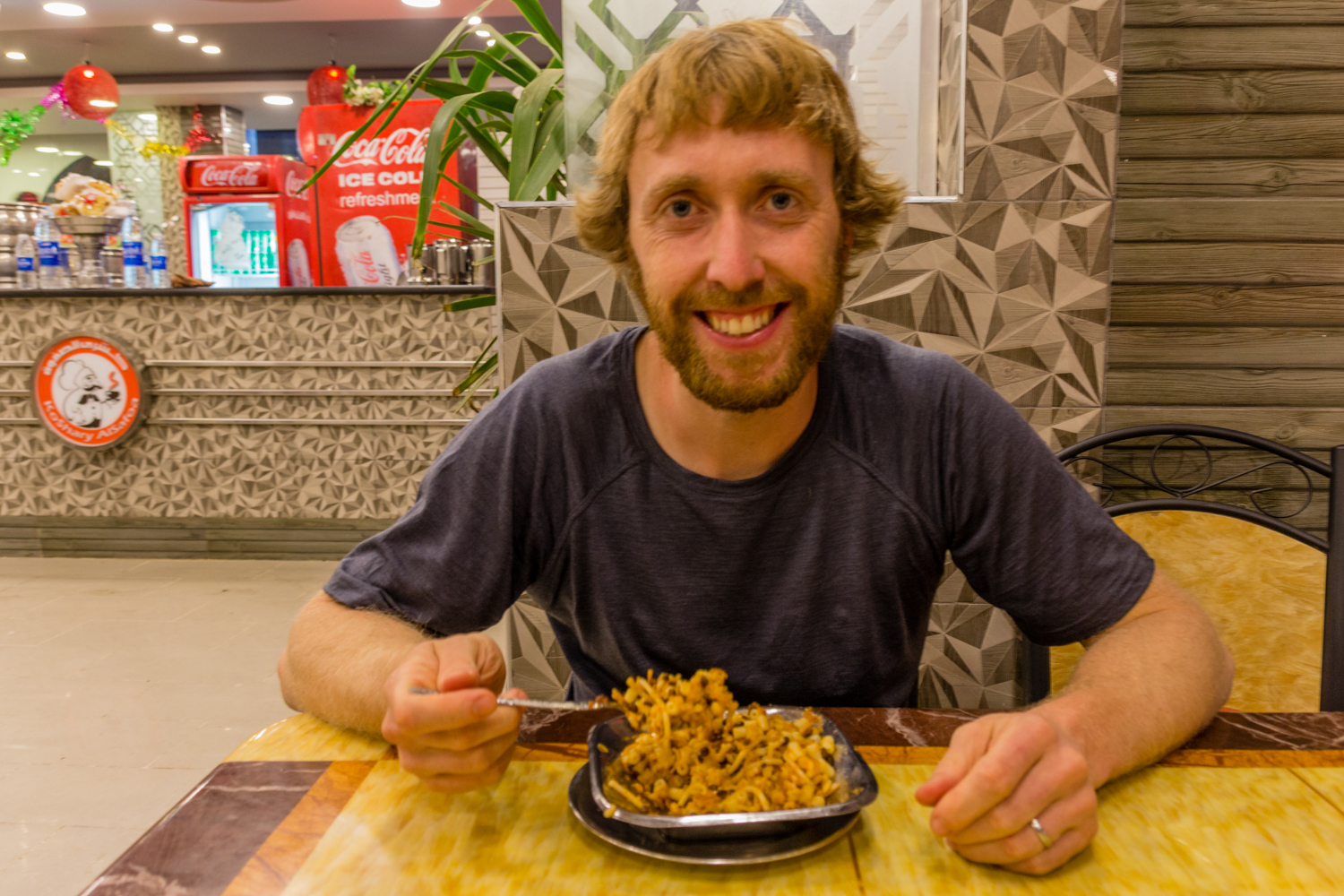 We tried to get our visa as soon as possible but because it was some kind of Sudanese national day, we were told to come back. The next day we gave in our passport and waited 5 hours for a handwritten piece of paper that said come back  again in two days. We don’t know why we had to wait so long, but it was actually a lot of fun. The guy who works there kept cracking jokes and singing ‘Bicycle Race’ by Queen. We also got a tour of the mini museum and the head of the consulate played videos for us of Sudan before serving tea and spraying homemade perfume on us. It was by far the best time at a visa office any of us had had. 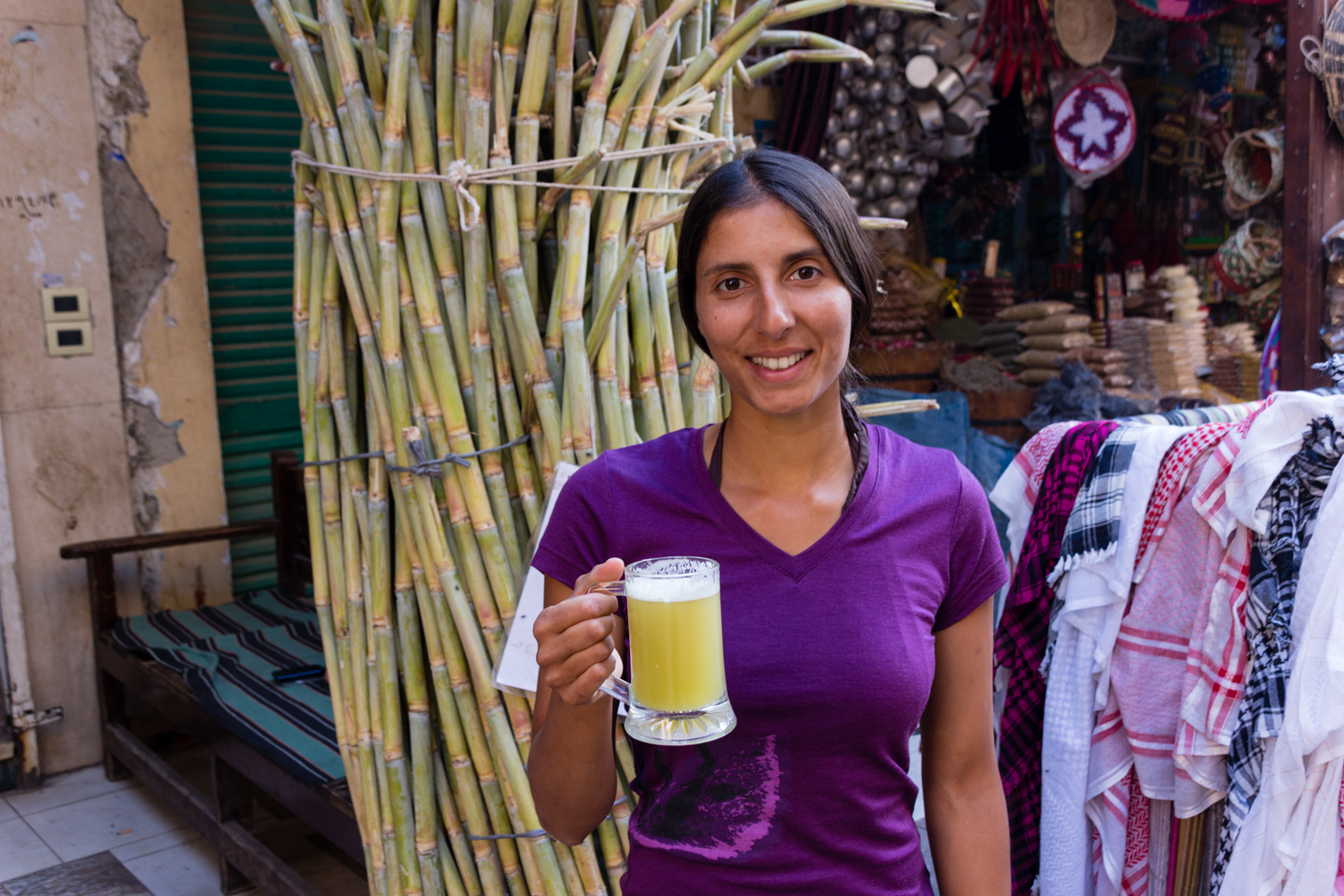 Delicious sugarcane drinks in the city

After spending two comfy nights at Mango, we were going to relocate since our budget is not that large… so instead Puk and Islam asked us and Daniel if we wanted to camp on their roof! We put the mosquito net up and enjoyed the night sky! It was perfect. 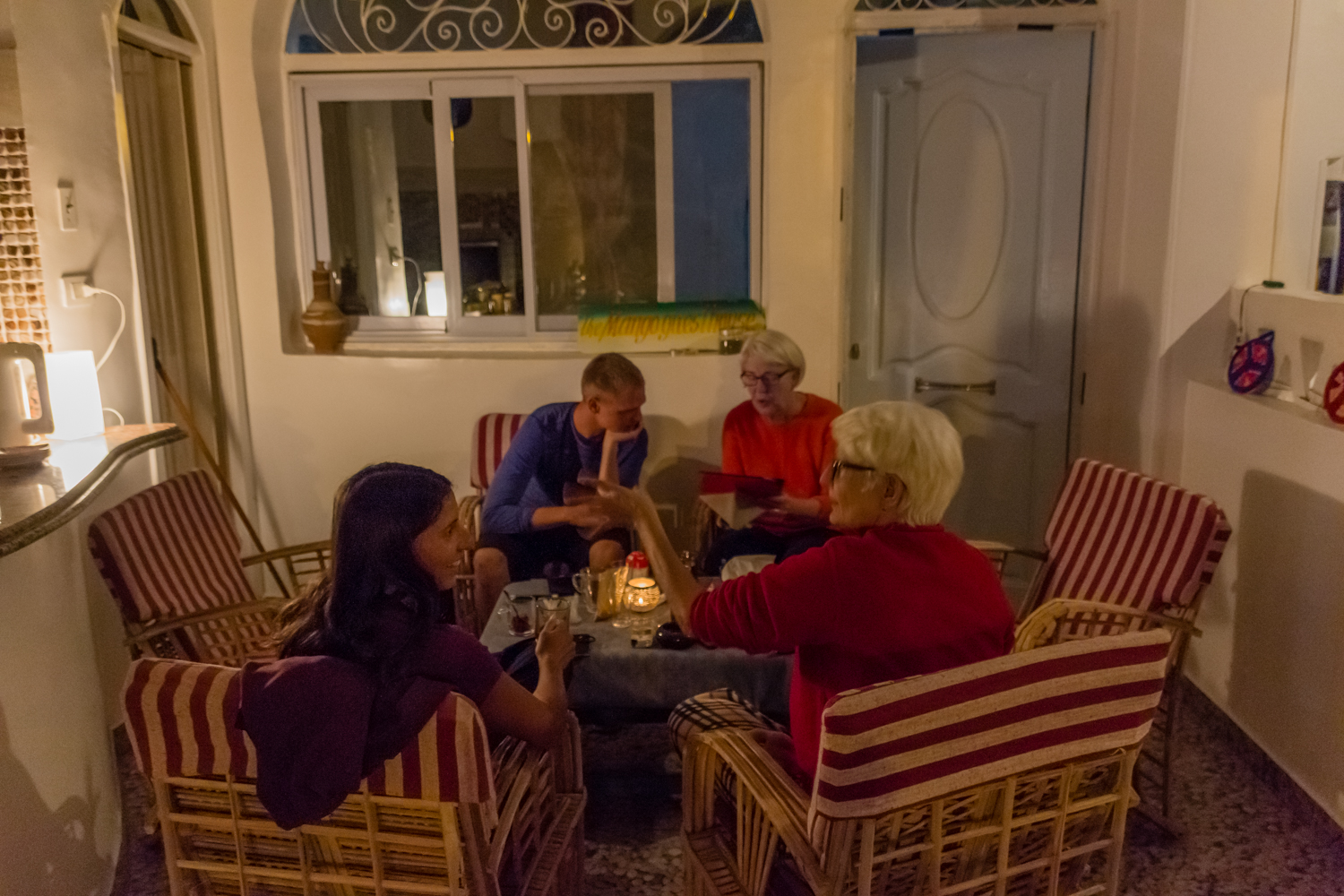 Cooking together at Mango Guest House

In the morning we explored Elephantine Island, squeezing between small streets with friendly kids which led to the river where we jumped over oddly shaped rocks with pools in between. We met a friendly donkey that Daniel enjoyed taking selfies with and accidentally walked through an ancient temple site. 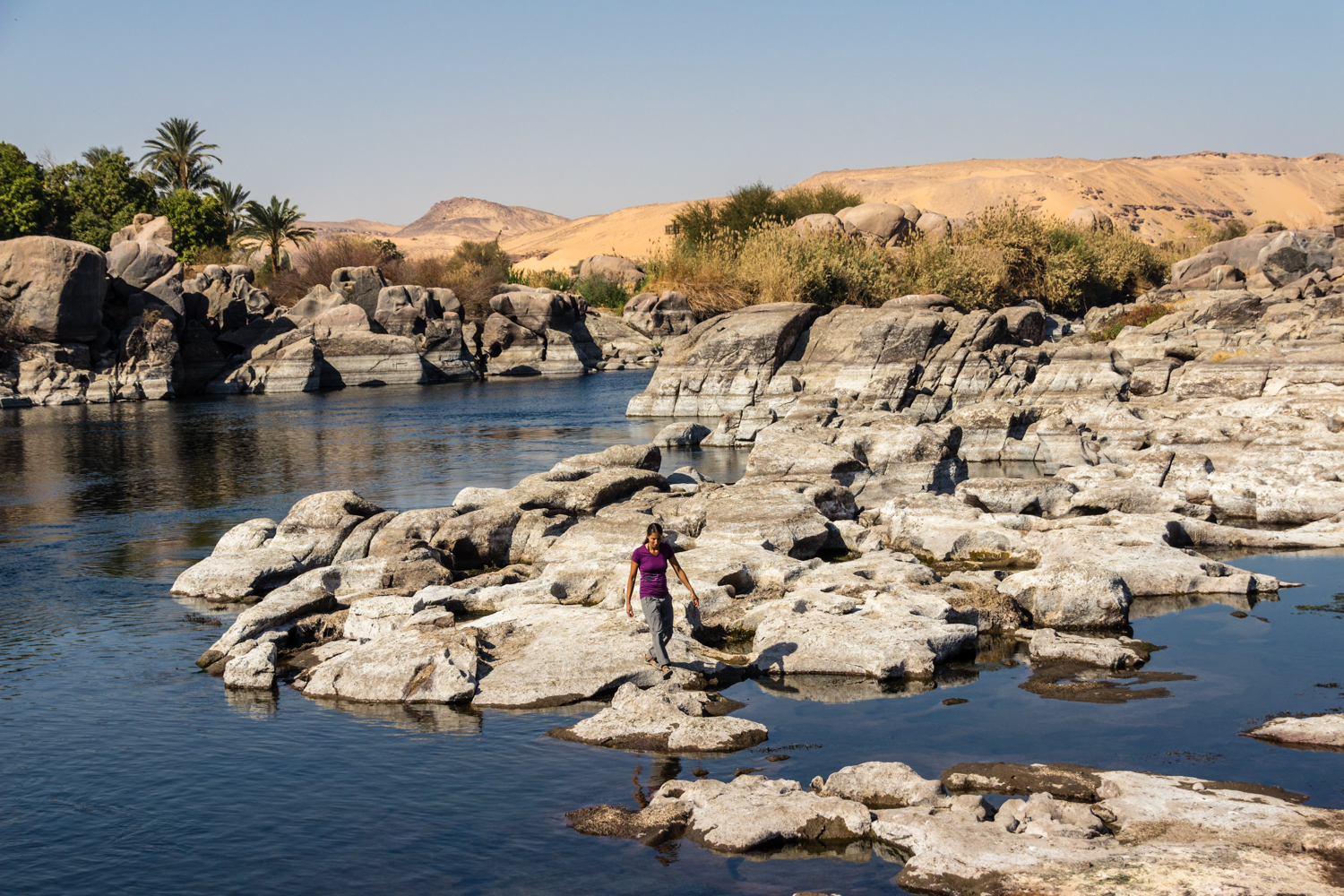 On one evening we took another ferry over the river where we hiked up a mountain and had a magnificent view over the Nile as the sun was setting. The view was pretty spectacular from up there and we enjoyed watching the feluccas zigzag underneath while watching the sky change colour. 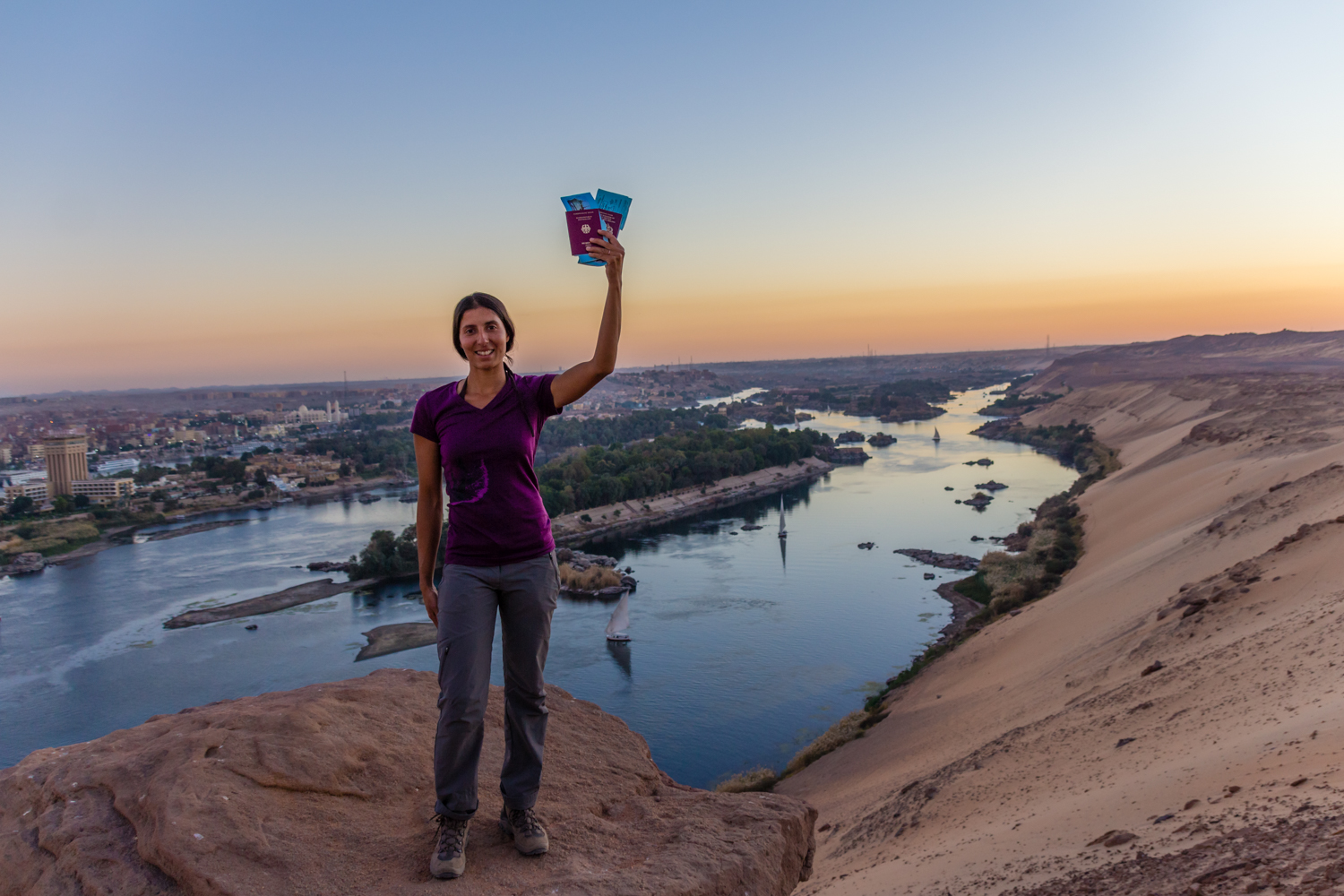 Hiking up a mountain with sand dunes

After that we joined Mahmoud, a guy we met on the ferry, at his friend, Bassam’s, guest house for some coffee. They were very friendly and explained a lot about their Nubian culture and traditions. We were impressed with the colourful paintings that they made themselves and they taught us how to make coffee the traditional way. 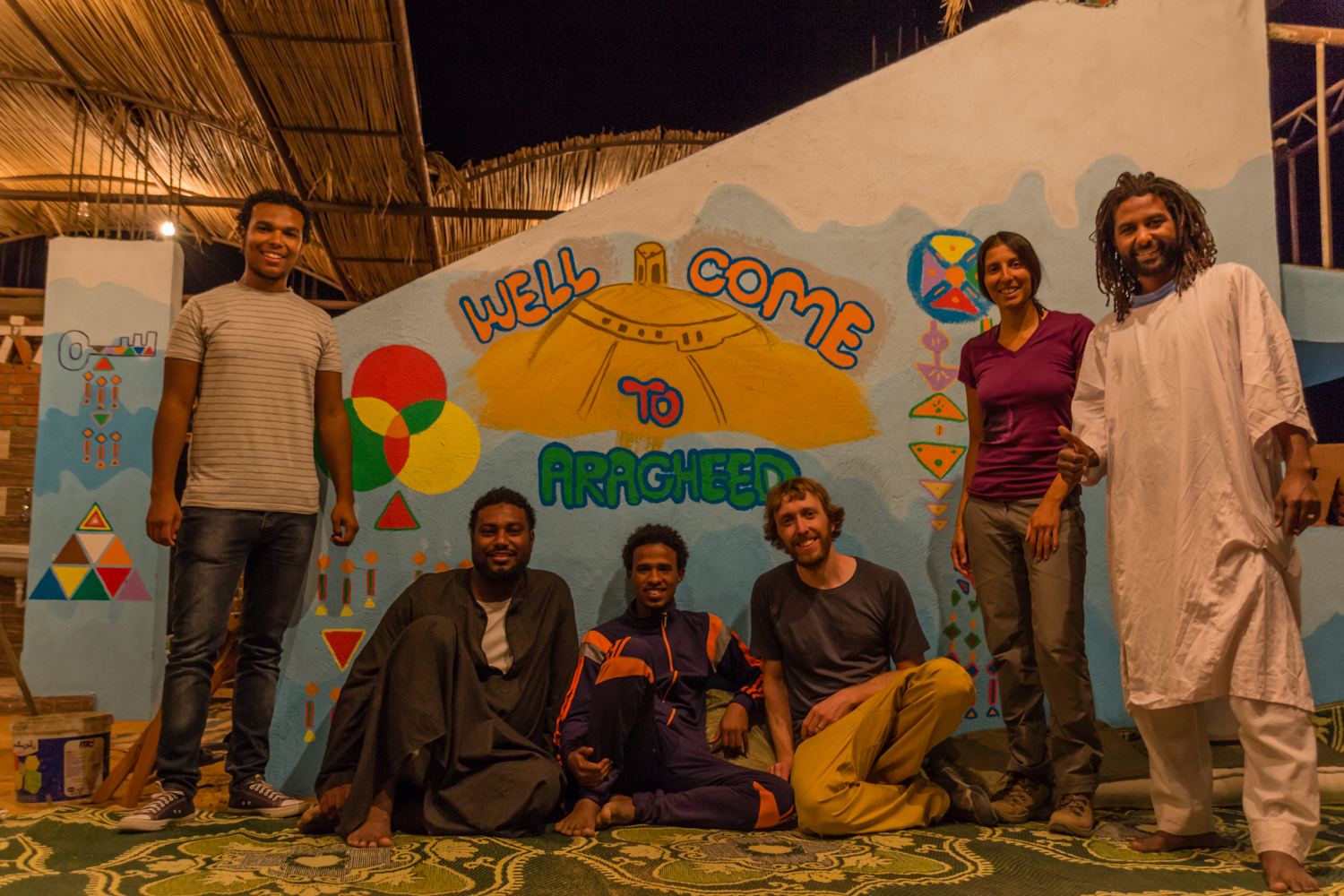 For the week or so we were in Aswan, we became a family at Mango Guest House and would cook together and enjoy communal meals at the kitchen. It was sad to say goodbye but we made wonderful new friends. After bidding farewell, we cycled towards the ferry along with Daniel where we would head into The Sudan.